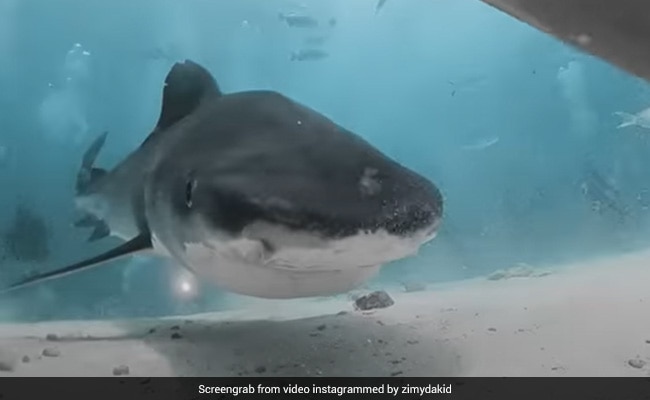 The camera survived the attack after the shark released the equipment from its jaw.

A filmmaker has managed to record the moment a shark chomped down on his camera, showing what it is like to be eaten by a shark. According to The Independent, filmmaker and conservationist Zimy Da Kid was shooting a documentary in the Maldives when a tiger shark circling around him took a bit of his camera. The video caught the inside of the shark’s mouth in incredible detail, with its huge teeth and gills visible.

The camera survived the attack after the shark released the equipment from its jaw, providing a glimpse into the shark’s mouth and throat. In the video, one can see the shark’s mouth as it bites down, showing its razor-sharp teeth, the gills on the inner walls and the closed throat.

According to The Independent, Zimy Da Kid said, “I put my Insta360 on a weight and then I put it on the sand and the shark was curious. He saw this shiny thing and he thought ‘let me taste it’ and then he bit the camera.”

Further, the filmmaker informed that the footage was taken in the waters of Fuvahmulah, south of the Maldives. He said that he wanted to change the negative perception of sharks that can be portrayed in popular culture. The cinematographer also added that he hoped his marine documentaries would help to encourage people to protect the planet and its natural habitats.

Meanwhile, the video has blown away internet users. “That was like a whole different dimension inside the shark. Never seen before,” wrote one user. “This is wild,” added another.