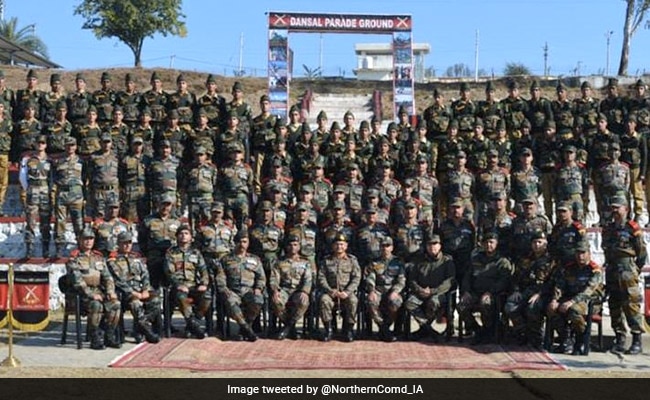 The training for the first batch of Agniveers begins amid the visit of Northern Army Commander Lieutenant General Manoj Dwivedi to review preparedness at the Agniveer training facility (ATF) at the Jammu and Kashmir Light Infantry (JAKLI) regimental centre on the outskirts of Jammu city.

Young people of Jammu and Kashmir have shown a considerable amount of interest in Agniveer recruitments and the recent recruitment rallies have shown tremendous enthusiasm in the form of huge numbers turning up, a defence spokesman said.

Lt Gen Dwivedi visited the state-of-the-art Agniveer training facility located at JAKLI regimental centre at Dansal to review the preparedness and arrangements for the first batch of Agniveers being trained, he said.

#LtGenUpendraDwivedi#ArmyCdrNC visited Jammu & Kashmir Light Infantry Regimental Centre at #Dansal. He interacted with the first batch of #Agniveer, who are undergoing training. He complimented them for their zest and #Josh & exhorted them to be role models. pic.twitter.com/SdQQAkLG1Y

“In keeping with the vision of Nation Building and National prosperity the Jammu and Kashmir Light Infantry Regimental Centre has been transforming the youth to become brave soldiers for the Nation”, he said.

After successful completion of the prescribed training, Agniveers will be dispatched to the different Jammu and Kashmir light infantry battalions located in various parts of the country, he added.

Battle For Karnataka Begins: Who Is Winning?