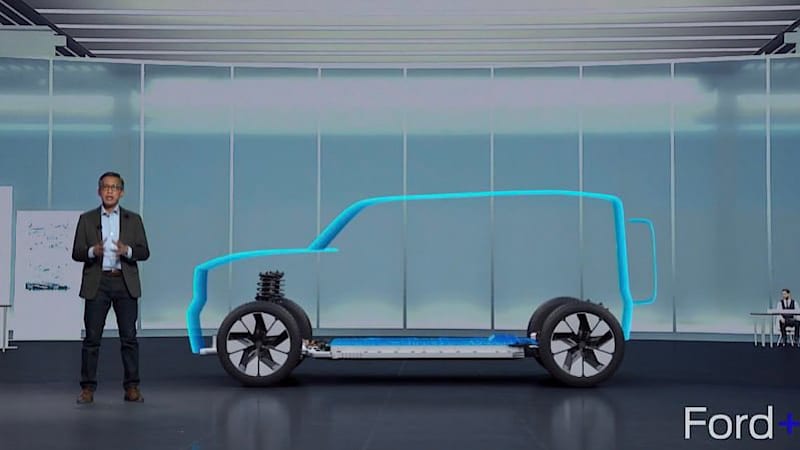 Even Ford’s age old arch rival from Detroit, GM is on track on launching the Hummer EV which will be offered in an SUV variant.

Ford’s director for communication for North America, Mike Levine has hinted on Twitter that there could be an electric version of the Bronco in the works. Bronco is one of the most iconic Ford vehicles and considering the Detroit based automaker has been leveraging its iconic brands like the F-150 Lightning and the Mustang Mach-E to begin its electric journey, the Bronco could very likely take the same turn. In fact, it is also working on an E-transit van.

Levine who was tweeting about the legacy of the Bronco brand replied to a tweet showcasing the image of the Ford EV platform hinting at the fact that indeed an electric Bronco was in the works using its platform. This comes after Ford’s CEO replied to an investor on Twitter that his team was indeed thinking about an electric Bronco.

Why do you think we dont?

Many brands are developing electric off-road vehicles like the Rivian R1S which has been teased numerous times and is on schedule to be launched later in the year.  Jeep has also committed to electrifying its portfolio and it already has the Wrangler 4xe plug-in hybrid. Jeep will likely develop a fully electric variant of the same so it will be imperative for Ford to have an electric Bronco in its portfolio.

Even Ford’s age old arch rival from Detroit, GM is on track on launching the Hummer EV which will be offered in an SUV variant. Considering it hasn’t been officially announced yet, this car could be over two years away from seeing the light of day.