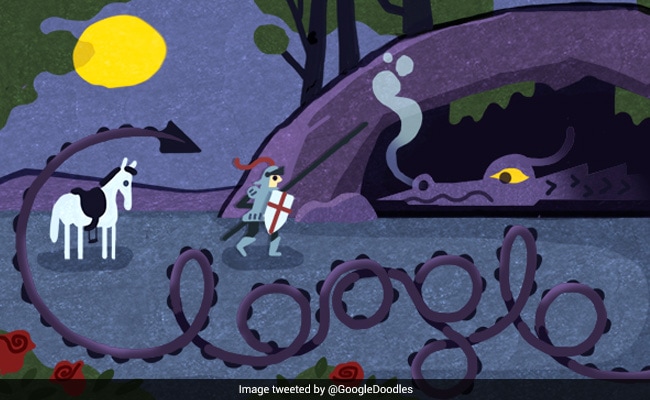 Saint George’s Day – also known as the Feast of Saint George – is celebrated by Christian communities across the world on April 23. Tech giant Google joined the celebration on Saturday by dedicating a Doodle to mark the occasion.

In the note accompanying the Doodle, Google said that much of history around St.George remains “shrouded in mystery.” According to legend, it is believed that St. George slew a fire-breathing dragon to save the townspeople of Silene from demise. The incident is also reflected in the illustrations, art and sculptures dedicated to the saint.

The same tale also finds representation in the Google Doodle, which features St.George, alighted from his horse and standing outside a cave that houses the dragon.

Along with Doodle, Google said, “Happy St. George’s Day,” in a tweet.

Click today’s #GoogleDoodle to learn about the holiday and legend involving a fire-breathing dragon and tons of roses → https://t.co/eP3z8AYzmNpic.twitter.com/OfWiUbSCTU

Google has also shared details about Saint George. The US-based search engine wrote, “Although the real St. George was born in present-day Turkey, and likely never set foot in England, 11th-century crusaders popularized St. George upon returning to England—sharing the story of a gallant hero who single-handedly rescued not only a princess but an entire city under siege.”

So, why the red rose? “Legend has it that rose bushes grew throughout Silene after St. George vanquished the dragon,” it added.