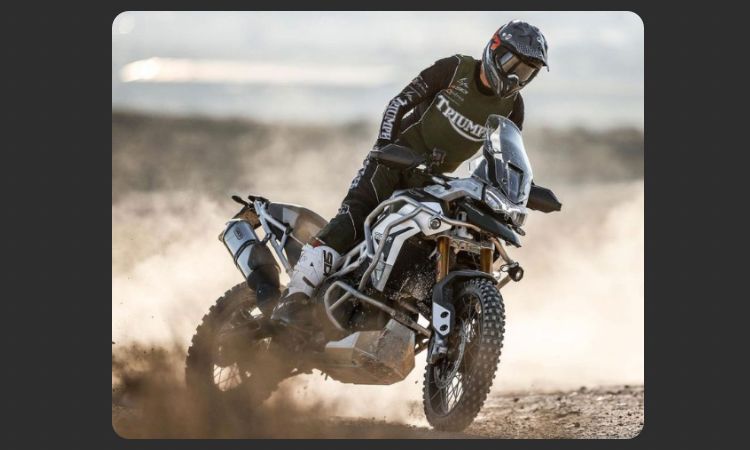 Quite a spectacular scene it would be to see a Triumph Tiger 900 Rally Pro and a Harley-Davidson Pan America 1250 take on the 38th running of Spain’s Baja Aragon Rally, one of the most challenging Rally competitions in Europe. Reason behind that is OEMs have rarely entered their road going models in tough Baja rallies, as the vehicles would simply not survive the entire rally. But, the elevated interested in adventure tourer bikes has prompted many OEMs entering the space, and the models on offer have since grown in number, as well as capabilities.

Triumph is entering its Tiger 900 Rally Pro mid-size ADV in the rally, and it will be piloted by five-time Enduro World Champion Ivan Cervantes. Talking about the event, Cervantes said, “After years riding in high-end Enduro competition, new challenges arise for me, and when I heard about the premiere of the new Trail category to participate in the Baja with Triumph I thought: Let’s go for it!”. The race motorcycle is hand-painted with a unique new ‘Baja Aragon’ race livery, adding to its aggressive attitude and style. Powering the motorcycle is an 888 cc Liquid-cooled, 12-valve, DOHC, in-line 3-cylinder motor, which pushes off 93.9 bhp at 8,750 rpm and 87 Nm at 7,250 rpm.

Harley-Davidson is known for its big fat powerful cruisers, that have more than ‘just a dash’ of chrome. Harley-Davidson pulled out of the Indian market in 2020, and since then, HD bikes are retailed via Hero MotoCorp in India. But the American motorcycle manufacturer has since come a long way, and has added a full sized adventure tourer in its range of models – the Pan America 1250. What is interesting though, is that Harley-Davidson is running this motorcycle completely stock in the rally, truly impressive for an OEM. The motorcycle will be piloted by Dakar rally veteran Joan Pedrero. The ADV is powered by a 1250cc V-twin, that churns out 147.9 bhp and 127.4 Nm of torque.

The Baja Aragon has set a benchmark in the Spanish Off-Road Rally Championship, and it is the only Spanish Rally event under the FIM Bajas World Cup. The 4-day event began from Teruel, Spain on 21 July, & will cover tough terrains of semi and high-dense deserts where the temperature will be at its peak, thanks to the ongoing heat wave in Europe. Adding to the challenge will be the rocky and tiny grained trails, pushing the road going motorcycles, and their riders to the very limit.