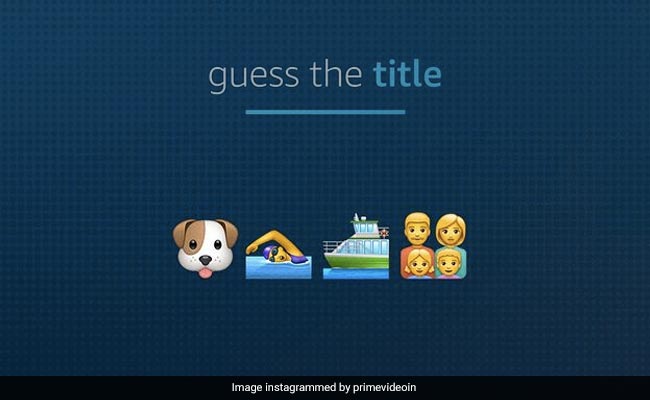 Can you guess this movie title only by the emojis used to represent it?

It’s time for movie buffs to prove their knowledge of films. After all, OTT platform Amazon Prime Video has placed a challenge in front of them. The streaming giant has shared an interesting post on their official Instagram page for India, where they asked movie lovers to “guess the title” of some films. They added a twist to the game by giving the hints only through a set of emoticons. Interesting, isn’t it? Each slide contained a combination of emoticons that represented the name of the film. The post read, “Oh so you are a movie buff? Can you guess all the movies explained by these emojis?”

The post has been liked more than 11,000 times and still counting since it was posted yesterday. Now, it’s time to check if you can ace this challenge. Take a look:

Some users managed to get all the answers right: 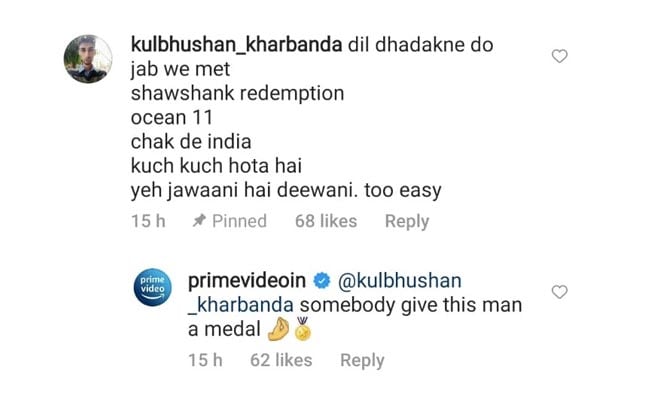 Amazon Prime Video engages movie lovers through interesting social media posts. Earlier, they had asked their followers to mention “a movie you think everyone should watch at least once.” From Interstellar to Tamasha, suggestions flooded the comments section. Animated films like Zootopia as well as biographical films like Bohemian Rhapsody and SardarUdham also got mentioned.

Once, the page asked users to drop movie titles that described their day. “Describe your day with a movie title,” the post read. Some wrote Tamasha, while others went on to mention Inception. Train to Busan, Dear Zindagi and Zindagi Na Milegi Dobara also got mentioned.

Such interesting posts surely keep movie lovers hooked. What do you think?