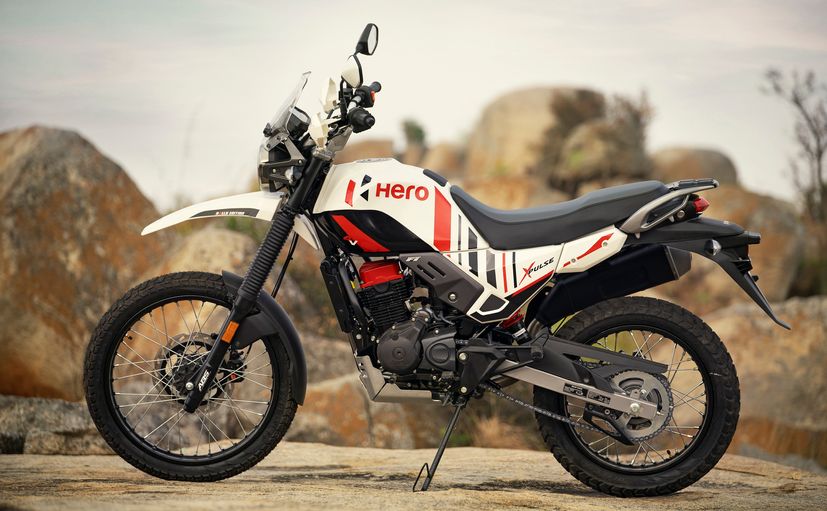 Hero has launched a new limited edition Xpulse 200 4V Rally Edition in India priced at Rs 1.52 lakh (ex-showroom). Compared to the standard Xpulse 200 4V, the Rally Edition is dearer by about Rs 16,000 with the additional cost getting you some cosmetic and mechanical upgrades. The Rally Edition borrows some components from the recently introduced Rally Kit for the Xpulse 4V along with receiving a rally-inspired graphic scheme to further stand out from the standard motorcycle.

Commenting on the launch, Ranjivjit Singh, Chief Growth Officer (CGO), Hero MotoCorp said, “Hero Xpulse has been an icon for years and has been leading in the adventure segment which has grown three times in the past three years. Known for offering an unmatched experience, Hero Xpulse still continues to inspire off-roading enthusiasts with unlimited adrenaline rush. Proudly inheriting the true Hero MotoSports DNA, the limited edition Xpulse 200 4V Rally Edition is loaded with cutting-edge features and is engineered to deliver outstanding performance.

Focusing on the upgrades, the Rally Edition gets the long-travel fully-adjustable 250 mm front fork and 220 mm rear mono shock, handlebar risers and the increased ride height from the optional Rally Kit package. The bike also gets additional cosmetic changes such as the rally-inspired graphics, painted cylinder head and Indian enduro and off-road motorcycle racer C.S. Santosh’s signature on the fuel tank.

The Rally Edition though misses out on the Maxxis off-road centric tyres and taller seat from the Rally Kit. It instead gets the standard Xpulse seat and dual-purpose tyres.

“The Rally Edition brings exceptional off-road capabilities through factory fitted Rally kit and tuned for the very best riders, together with a unique design inspired by our Dakar machines. If you want to experience years of learning from Hero Motorsports into Rally Raid, the Xpulse 200 4V Rally Edition is for you,” said Malo Le Masson, Head of Strategy and Global Product Planning, Hero MotoCorp.

Coming to the engine, the Rally Edition gets the familiar oil-cooled 200cc, single cylinder mill as the standard Xpulse 4V. The unit develops 18.9 bhp at 8,500 rpm and 17.35 Nm of peak torque at 6,500 rpm. The Rally Edition is also marginally heavier than the stock XPulse 4V with a kerb weight of 160 kg as against 158kg.

Hero says that bookings for the new Xpulse 200 4V Rally Edition will open on July 22 on 12 pm and will remain open till noon on July 29.