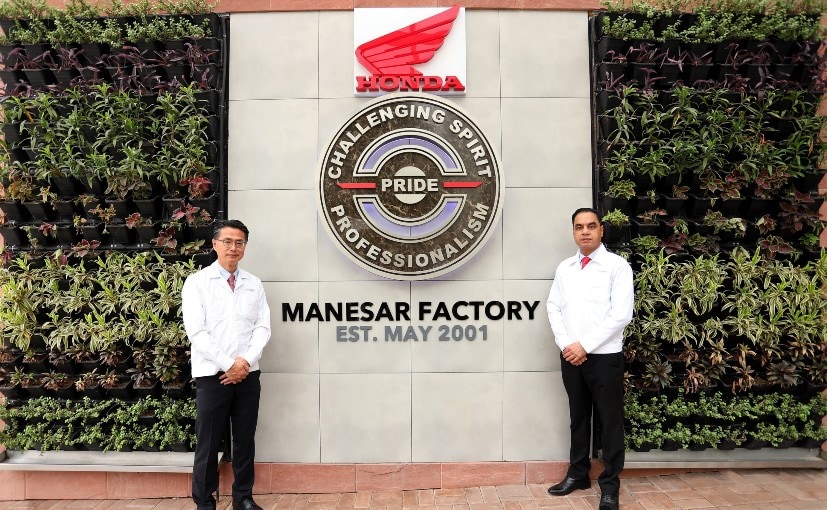 Honda Motorcycle and Scooter India (HMSI) has made some major announcements regarding its future roadmap for the Indian market. This includes upgrading the Manesar facility to convert it into a global production hub for motorcycles. The company is also developing flex-fuel engines for India and will be introducing a new entry-level commuter motorcycle for India in the near future. And lastly, Honda is moving towards the electric mobility segment with its new vertical – Honda Power Pack Energy India, which will power electric three-wheelers with swappable batteries.

At the outset, HMSI has upgraded its Manesar facility that will now be locally producing and assembling motorcycles. The upgraded plant has been rebranded as a ‘Global Resource Factory’ and will be a global export hub for motorcycles. The company currently exports to about 40 countries worldwide and the plant upgrade will help the manufacturer build and export world-class products from the Indian facility. Moreover, the facility now has a 360-degree state-of-the-art turnaround at the factory. All corporate functions at HMSI operate under one roof and one location in a bid to improve efficiency across teams and verticals. The plant is also following a hybrid work model in the wake of the pandemic, making it friendlier for the workforce.

HMSI is also working on flex-fuel engines borrowing technologies from its Brazilian counterparts where flex-fuel engines are already used. The company’s first flex-fuel offering will be a 100 cc entry-level commuter motorcycle. The bike is said to be currently under development and no specific timeline for production has been announced.

Lastly, HMSI is also venturing into the electric mobility space with a new vertical, Honda Power Pack Energy India, which will power electric three-wheelers. The new venture will see Honda locally build batteries in India that will be used to power electric three-wheelers. The manufacturer conducted a pilot study in November last year in Thane, near Mumbai that saw the company record over 2 lakh km in testing and over 7,000 battery swaps. The company is now set to roll out its first battery-swapping stations for the passenger and commercial three-wheelers in Bengaluru.

Honda Power Pack Energy has tied up with HPCL and Bengaluru Metro for establishing its swapping stations and the 1.35 kWh battery packs will be available for swaps at a nominal cost. The first such swappable station will be inaugurated in Bengaluru in May this year and the company plans to expand the same to other cities in a staggered manner. The swappable infrastructure will also make way for electric two-wheelers in the future from the manufacturer.

Lastly, Honda aims to have zero traffic collision fatalities from its two-wheelers and cars globally by 2050. The company is expanding its safety goals, which include awareness as well as rider training initiatives. There will be additional focus on building safer and more reliable two-wheelers along with trained manpower for promoting safe riding.

Honda strives for zero traffic collision fatalities involving Honda motorcycles and automobiles globally by 2050. Aligned with the global vision, HMSI is expanding the scope of its safety goals including awareness as well as rider training initiatives. A strengthened focus on building safer & more reliable two-wheelers along with trained manpower for safe riding promotion will be crucial.