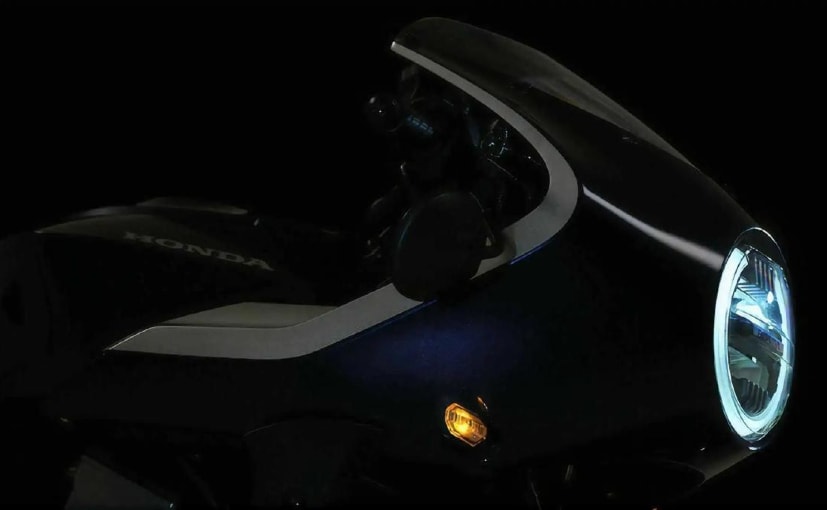 The Honda Hawk 11 will use Honda’s 1,100 cc parallel-twin platform and will likely be a neo-retro naked cafe racer.

Honda has released a teaser image of the upcoming Hawk 11, which is set to premiere at the 2022 Osaka Motorcycle Show in late March 2022. The Honda Hawk 11 will be a new 1100 cc naked which will be unveiled at the show which will be held from March 19-21 in Japan. Honda has also released a teaser of the distinctive new front end of the bike, which seems to confirm recent rumours that the Hawk 11 will be a neo retro cafe racer. The teaser image shows a curved and retro-styled front fairing with a round headlight, flanked by a ring of LED daytime running lights.

Once it’s unveiled, the new Honda Hawk 11 will become the fourth model from Honda to feature the 1100 cc platform that made its debut with the Honda Africa Twin CRF1100L, followed by the Honda CMX1100 Rebel and the Honda NT1100. It’s also the latest model from Honda which sets to revive an old nameplate, following on from the NT, Hornet and the upcoming Transalp. The original Honda Hawk was introduced in the late 1970s as the Honda CB400T in some markets. The Hawk 11 will be the first new model to get the ‘Hawk’ name since 1992, when Honda also introduced a 650 cc model under the Hawk name.

The 1,084 cc, parallel-twin engine on the new Hawk 11 is expected to put out around 100 bhp and 104 Nm, and the Hawk 11 will have a similar flavour to that of the Triumph Speed Triple 1200 RR, as well as the Kawasaki Z900 ₹ The Honda CRF1100L Africa Twin is offered on sale in India, but it’s not clear at this stage if Honda Motorcycle and Scooter India will look to offer the new Honda Hawk 11 on sale in India at some point. The new Hawk 11 will be showcased at all three major Japanese motorcycle shows announced so far for 2022, including Osaka, Tokyo and Nagoya.