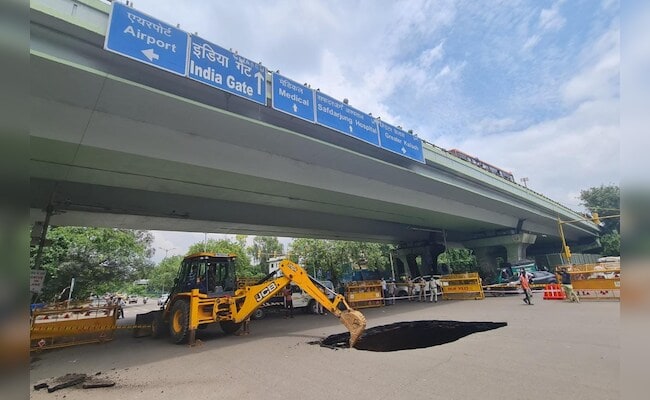 A solid hunk of a road near a prestigious engineering college in south Delhi caved in this afternoon causing traffic disruptions.

A massive hole, in contrast to the smooth road area around it, can be seen under the IIT flyover, forcing the traffic police to shut down vehicular movement on that stretch of the road.

“Due to the collapse of the road near IIT traffic light, vehicles going from IIT to Adhchini have been diverted to Katwaria Sarai. Please avoid using this route,” tweeted the Delhi Traffic Police.

The gap is being reported to be around 10-15 foot long and the drain water could be seen in the gaping hole. Policemen and traffic police are on the scene and have cordoned off the area. Officials from the city’s PWD are also present at the scene.