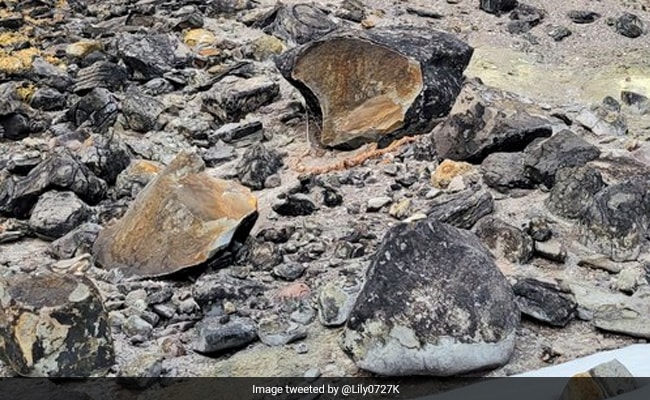 The Sessho-seki was found split in half in Japan’s Nasu.

The splitting of a rock in Japan has unleashed a storm of superstitions on social media. Legend surrounding the Sessho-seki, or killing stone, says that the boulder houses an evil spirit. On Sunday, the rock was found split open in half in Japan’s Nasu, sparking dread and fear among locals and social media users alike who believe that the splitting portents the escape of the evil spirit.

In Japanese mythology, the Sessho-seki is a stone that kills anyone who comes in contact with it. The stone supposedly houses the spirit of an evil nine-tailed fox, who took the form of a beautiful woman named Tamamo-no-Mae and plotted to kill Emperor Toba. After Tamamo-no-Mae was defeated, her spirit is believed to have been trapped inside the Sessho-seki.

Located near volcanic mountains in Nasu, the stone was registered as a historical site in 1957, according to The Guardian. But visitors to the popular sightseeing spot this weekend were horrified to find the rock had split open in half. The rope that was once secured around the killing stone lay on the ground.

“I feel like I’ve seen something that shouldn’t be seen,” one Twitter user wrote while sharing a photo of the rock, which has racked up over 1.8 lakh ‘likes’.

Fact-checking website Snopes confirmed that the splitting occurred in March 2022.

While the incident has left many spooked, sparking conspiracy theories galore, local authorities have pointed out that the stone had a crack and may have split open due to cold weather. Japanese news website Yomiuri Shimbun got in touch with the Nasu Town Tourist Information Centre, which confirmed the splitting of the rock and said that it may have cracked because of rain and freezing temperature.

“It’s natural, so it can’t be helped, but it’s a shame because it’s a symbol of the local area,” said one local.