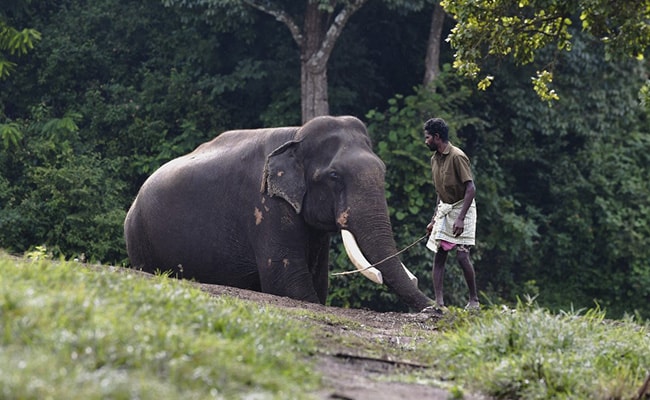 Moorthy killed 21 people and terrorised entire villages in southern India for years before he was captured and retrained to repel similar attacks by other wild elephants starved due to deforestation.

The 58-year-old grey beast, recognisable from the bright pink spots that pockmark his face, was already spared a death sentence after trampling nearly a dozen people in the southern state of Kerala.

Despite an official order to shoot him, Moorthy escaped across state lines into neighbouring Tamil Nadu, where he proceeded to kill 10 more people.

But state authorities there “forbade harming the elephant” and in 1998 he was instead taken into the Theppakadu camp for taming, said Kirumaran M., his trainer.

“Ever since I’ve been training Moorthy, for so many years, he is like an innocent child and doesn’t hurt anybody,” the diminutive 55-year-old told AFP.

“He is so calm that even if a small child goes and plays with him or hugs him, he won’t ever hurt them.” 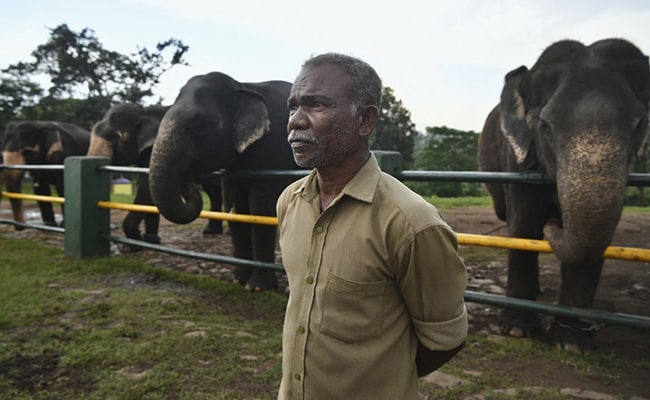 Established in 1927, the Theppakadu elephant camp is India’s largest.

Semi-wild but brought to heel by human hands, “Kumkis” like Moorthy are brought there by their minders every morning for a thorough wash, and released every evening back into nearby forests.

They have been trained to assist with manual labour — their ability to carry up to 150 kilograms (330 pounds) makes them valuable workers.

The herbivores are also “ecosystem engineers” who spend up to 16 hours a day foraging in their surroundings, leaving a trail of debris that sows seeds and helps forests to flourish.

But most importantly for the communities surrounding the camp, they help thwart increasingly frequent and aggressive incursions by wild elephants who venture into settled areas in search of food, leaving their inhabitants fearful of attack.

“Wild elephants come to the village and our children are vulnerable,” said Shanti Ganesh, a woman living near the Theppakadu camp.

“They (the children) have to come to the main road to get to school, so we are always worried that they might be attacked.” 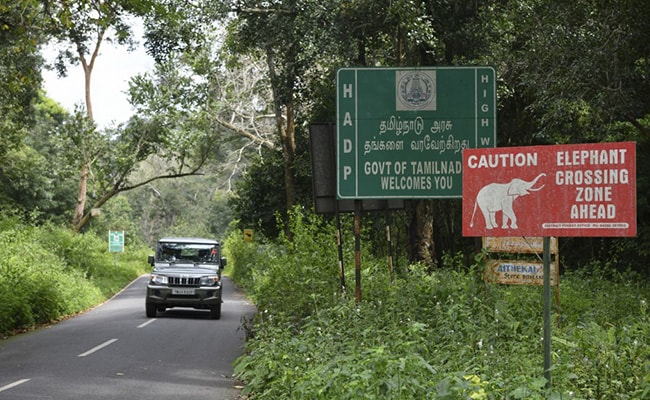 Working hand-in-trunk with their “mahouts”, or handlers, the Theppakadu herd are trained to physically confront and drive away outside elephants from the villages.

Sometimes they also help surround and catch the interlopers so they can be brought into the camp and trained to serve the surrounding community.

“Sankar here had attacked and killed at least three people in the village and so we were ordered to capture him,” said Vikram, an elephant handler at Theppakadu, gesturing to the beast behind him.

“We captured him with the help of other kumkis and now we are training Sankar too.”

India is home to around 25,000 elephants, according to the Worldwide Fund for Nature — around 60 percent of the wild Asian elephant population.

But human encroachment on their forest homes has put them in conflict with humans.

“The reason an elephant attacks humans or property is solely because of habitat loss,” said Kirumaran, the trainer.

“All of the forests where they used to live have now turned into human residential towns or villages — they attack because they are hungry.”

More than 2,300 people were killed in elephant attacks in the five years to 2019, according to Indian government data.

In the same period more than 500 elephants died, including 333 from electrocution and around 100 from poaching and poisoning, the figures show.

Ananda Kumar of India’s Nature Conservation Foundation said that any elephant involved in a fatal trampling had likely been provoked by violent confrontations with humans trying to drive the creatures away.

“That elephant may have been chased and driven for months,” he told AFP.

“It’s a kind of torture that elephants go through that has to be stopped.”

He said he had personally seen one elephant which had been shot so many times that a veterinarian was able to extract nearly 100 bullets from its body once it finally died.

Experts say that stopping human-elephant conflict depends on protecting and expanding elephant habitats and linking up isolated patches of forest to create corridors that give them greater space to roam.

“When a developmental project is planned, it has to consider the effect on… species like elephants, and the people depending on these forest areas,” Kumar added.