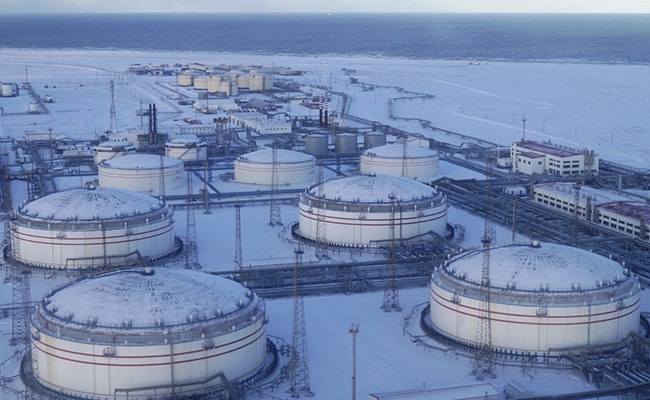 Russia is sending more crude oil produced in the Arctic region to China and India, and at steeper discounts, after Europe slammed its doors shut on Russian supplies last month, trade sources and data show.

Arctic grades Arco, Arco/Novy Port and Varandey do not normally head East but are now finding new homes further afield after the European Union, G7 nations and Australia introduced a price cap on Russian oil in December, on top of an EU embargo on Russian crude by sea. Sellers are selling the Russian crudes at bigger discounts as they absorb higher shipping costs.

“All these Arctic crudes usually go to the EU but now they have to go elsewhere,” a Singapore-based trader said.

Arctic crude exports to India have steadily increased since May, with a record 6.67 million barrels loaded in November and 4.1 million barrels in December, Refinitiv data showed. Most of the supplies were Arco and Arco/Novy Port produced at fields operated by Gazprom Neft.

Arco crude is a heavy sour grade from the Prirazlomnoye field while the better quality Novy Port grade, from the Novoportovskoye field, is a medium to light sweet crude.

The 900,000-barrel cargo onboard tanker Bear Alcor that sailed via Europe, the Mediterranean and the Suez Canal, was discharged at Cochin port in Kerala on Dec. 27 for refiner Bharat Petroleum Corp Ltd. The other two 600,000-barrel cargoes that loaded in November were discharged at Rotterdam in the Netherlands. It was not clear which companies bought these cargoes.

Russia has reasonably good volumes of other grades as well, which are being offered to Indian buyers, one of the sources at an Indian refiner said.

The gross product margins from processing grades such as Arco and Novy Port bought on a delivered basis are more than $10 a barrel higher compared with similar quality U.S. crudes such as Mars and West Texas Intermediate, he added.

Bharat Petroleum did not respond to a request for comments.

Varandey crude, produced from the Timan-Pechora oil fields operated by Lukoil, has an API gravity of around 37 degrees and contains 0.4% sulphur. Its quality is similar to ESPO Blend, a Far East grade favoured by China’s independent refineries, known as teapots.

Varandey crude is easy for Indian refiners to process although future purchases would depend on price levels, the second source said.

“Now India and China are their major homes,” he said.

Refinitiv listed the grades carried by these ships as Arco crude although one Chinese trader said there could be Varandey crude onboard. It was not clear which refiners bought the cargoes.

Another trader said Arco crude had been offered to Chinese buyers at $9 a barrel below ICE Brent on a delivered ex-ship basis, but it was unclear at what price the deals were concluded.