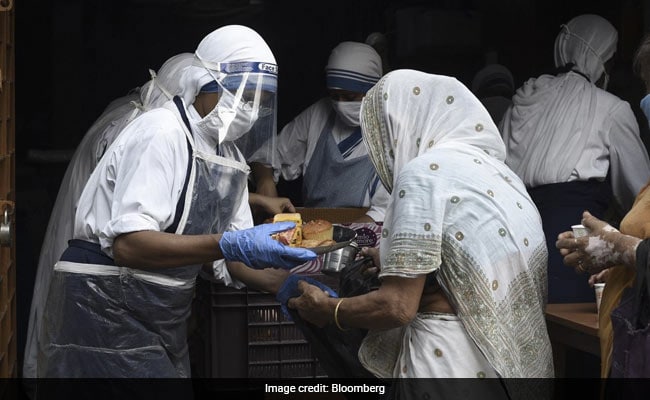 India’s government has barred the Missionaries of Charity, the Catholic religious order and philanthropic organization started by Mother Teresa, from accessing foreign donations for not meeting eligibility conditions under local laws, the Home Ministry said.

The charity, set up by the Nobel Peace Prize winner in 1950, has its headquarters in Kolkata and works with some of the country’s most poor and destitute people.

The group’s application to renew its license to continue getting foreign funds under the Foreign Contribution Regulation Act “was refused on 25 December 2021 for not meeting the eligibility conditions,” the ministry said in a statement Monday. “No request / revision application has been received from Missionaries of Charity (MoC) for review of this refusal of renewal.”

The Christian charity confirmed in a statement that the renewal of its FCRA application hasn’t been approved and that it has asked its centres not to operate foreign contribution accounts until the matter is resolved. The ministry’s statement gave no details on what rules the group had flouted.

This is not the first time that a charitable organization or rights groups has lost its license to get money for its activities from overseas donors. Since it came to power in 2014, Prime Minister Narendra Modi’s government has cracked down on hundreds of NGOs. Last year Amnesty International shut down its India operations after accusing the government of “constant harassment,” including freezing its bank accounts.

Mamata Banerjee, the Chief Minister of West Bengal, tweeted to say that she was “shocked” the central government had blocked the group’s access to its bank accounts on Christmas day.

Shocked to hear that on Christmas, Union Ministry FROZE ALL BANK ACCOUNTS of Mother Teresa’s Missionaries of Charity in India!

Their 22,000 patients & employees have been left without food & medicines.

While the law is paramount, humanitarian efforts must not be compromised.

However, the Ministry of Home Affairs said in its statement the “MHA did not freeze any accounts of MoC. State Bank of India has informed that MoC itself sent a request to SBI to freeze its accounts.”