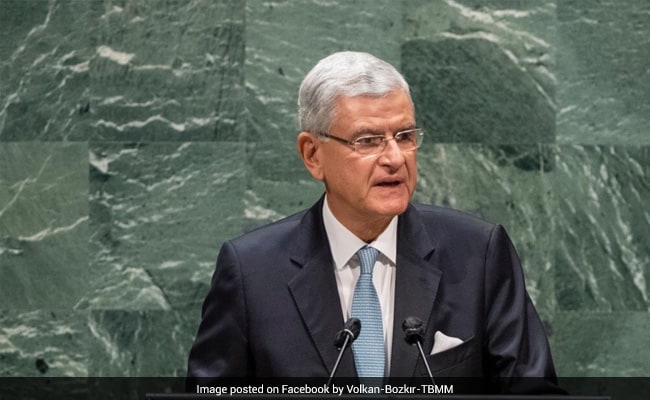 India on Friday hit out at President of the UN General Assembly Volkan Bozkir for his comments on Jammu and Kashmir, saying his “misleading and prejudiced” remarks does “great disservice to the office he occupies”.

Mr Bozkir, at a press conference in Islamabad along with Pakistan Foreign Minister Shah Mahmood Qureshi on Thursday, said it was “Pakistan’s duty” to bring the issue of the Jammu and Kashmir more strongly to the UN.

In a strong reaction, the Ministry of External Affairs (MEA) said his remarks are “unacceptable” and his reference to the Indian union territory is “unwarranted”.

Expressing “strong opposition to the unwarranted references made with respect to the Indian Union Territory of J-K” by Mr Bozkir during his recent visit to Pakistan, Mr Bagchi said his remarks that “Pakistan is ‘duty bound’ to raise this issue in the UN more strongly are unacceptable. Nor indeed is there any basis for comparison to other global situations.”

Mr Bozkir arrived in Pakistan on Wednesday on a three-day official visit at the invitation of Mr Qureshi.

Pakistan has been making concerted efforts to internationalise the Kashmir issue and stepped up anti-India campaign on the issue following New Delhi’s decision to withdraw special powers of Jammu and Kashmir and bifurcate the state into two union territories in August 2019.