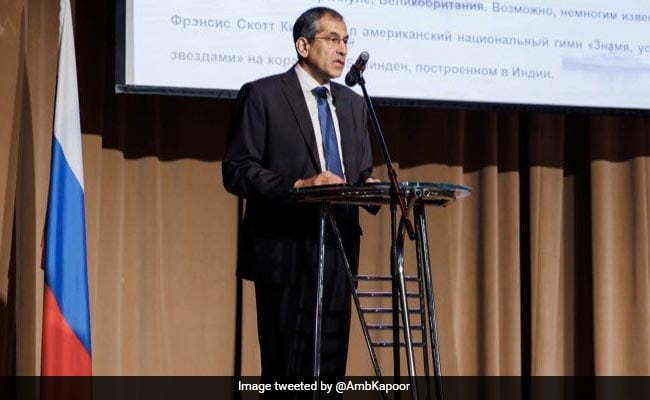 India welcomes the growth of trade with Russia which has reached USD 27 billion this year mainly due to its purchasing of large volumes of oil and fertilisers from Moscow, but New Delhi wants it to become “more balanced”, India’s Ambassador to Moscow Pavan Kapoor has said.

Russia has become a major oil supplier to India. India’s appetite for Russian oil swelled ever since it started trading on discount as the West shunned it to punish Moscow for its invasion of Ukraine.

Russia emerged as India’s fifth largest trading partner during April-September this fiscal year with a bilateral trade of USD 22.7 billion during the six-month period.

“Trade has risen considerably this year since April, mainly due to our country’s purchasing large volumes of oil and fertilisers,” Kapoor told a forum on Thursday.

This state of affairs looks logical as there are many other markets from which goods flow to Russia from other parts of the world, Kapoor noted.

“But I would like to make a suggestion that Russian businessmen look at India as the main source of their activities. This concerns not only pharma, but also agricultural products, ceramics, and chemical products,” he said.

If businessmen are ready to bring this message to interested sides, it would be a good backing for India, he said.

“We are trying to conduct as many transactions in national currencies as possible, for which balanced trade is required as one side accumulates more, while the other [accumulates] less, and we should search for solutions to this situation,” Kapoor said.

In 2021-22, Russia was the 25th largest trading partner of India with a bilateral trade of USD 13.12 billion. Exports stood at USD 3.25 billion, while imports aggregated at USD 9.9 billion in the same period.

India and Russia have vowed to expand their economic engagement including New Delhi’s import of petroleum products from its “time-tested” partner.

During his first visit to Moscow in November after Russia launched its invasion of Ukraine in February, External Affairs Minister S Jaishankar described Indo-Russia relations as “exceptionally steady” and “time-tested”.

He said the objective is to fashion a contemporary, balanced, mutually beneficial, sustainable and long-term engagement between the two sides.