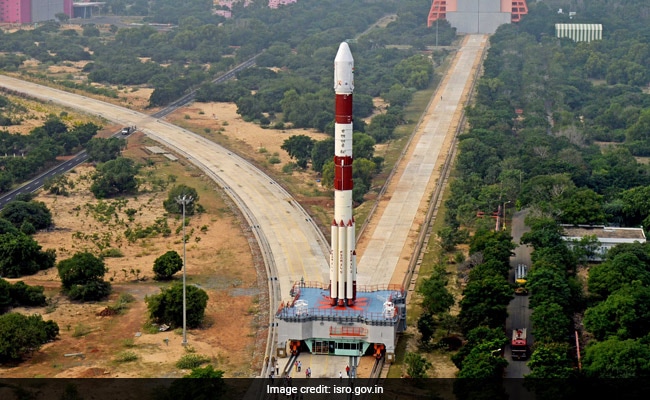 “I am targeting before the end of this year (to release EOI for GSLV-Mk III)”, NSIL Chairman said. (File)

The Department of Space (DoS) plans to realise entirely-built rockets — GSLV-Mk III and SSLV — from Indian industry partners, in addition to PSLV, according to a top official of its commercial arm NSIL.

NSIL (NewSpace India Limited) has received three bids — HAL-L&T, BEL-Adani-BEML, and BHEL, in response to the request for proposal (RFP) floated by it for end-to-end production of PSLV (Polar Satellite Launch Vehicle).

“We are now going through the techno-commercial evaluation (in respect of the three bids)”, NSIL Chairman and Managing Director, Radhakrishnan D, told PTI.

He said the process will be completed within the next two months with one of the bidders bagging the contract. The selected bidder will be responsible for realisation of five numbers of PSLV.

Immediately after selection of the bidder to produce the entire PSLV, NSIL will release Expression of Interest (EOI) for end-to-end production of another operational rocket — GSLV-Mk III (Geosynchronous Satellite Launch Vehicle) — in a similar fashion, Radhakrishnan said.

“I am targeting before the end of this year (to release EOI for GSLV-Mk III)”, he said.

NSIL also has plans to realise SSLV (Small Satellite Launch Vehicle), being developed by the Indian Space Research Organisation (ISRO) with the first development flight expected by this year-end, through Indian industry partners.

“We are waiting for the first mission (of SSLV) to happen successfully”, Radhakrishnan said. “This (SSLV) will be an ideal candidate for industry production”.

SSLV is a three-stage all solid vehicle and has a capability to launch up to 500 kg satellite mass into 500 km low earth orbit (LEO) and 300 kg to Sun Synchronous Orbit (SSO).

The new generation compact rocket has been designed to meet “launch on demand” requirements in a cost-effective manner for small satellites in a dedicated and rideshare mode, according to officials of Bengaluru-headquartered ISRO.

Industrialisation of space activities is gaining momentum in India.

About 40 space startups and industries are in consultation with ISRO for support related to various domains of space activity such as development of satellites, launch vehicles, develop applications and provide space-based services.

India’s Foreign Direct Investment policy in the space sector is also getting revised which, the ISRO Chairman and DoS Secretary K Sivan believe, will open up huge avenues for foreign companies to invest in the country.

Earlier this month, the DoS entered into a Framework MoU with two spacetech startups — Skyroot Aerospace and Agnikul Cosmos — for access to ISRO facilities and expertise towards the development and testing of subsystems/systems of space launch vehicles.