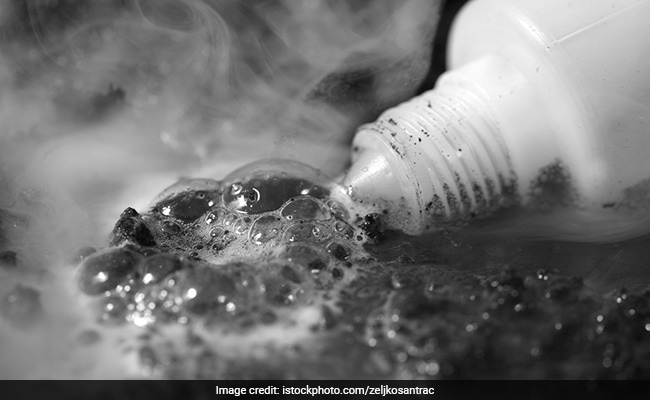 Acid is as easy to get as vegetables despite a ban on its retail sale, Delhi Commission for Women chief Swati Maliwal said on Wednesday after a 17-year-old girl was attacked with acid here while she was going to school.

Activists raised questions over the rampant sale of acid in markets and claimed that the ban exists only on paper.

The Supreme Court had in 2013 banned over-the-counter sale of acid at retail outlets following an increase in the number of acid attacks and ordered a compensation of Rs 3 lakh to be paid by state governments to each acid attack victim.

Ms Maliwal claimed that the Supreme Court’s direction that penalties collected from those illegally selling acid have to be used for rehabilitation of acid attack survivors was not being followed.

“In October this year, when we issued notices to district magistrates in Delhi, we found that over Rs 36 lakh was collected in fines but the amount was not being utilised for victims. The government told us that they will formulate a rehabilitation policy for acid attack survivors but it is late and we want it to be expedited.” In a video uploaded on Twitter, Ms Maliwal said the Delhi Commission for Women (DCW) may approach court for stricter enforcement of the ban on over-the-counter sale of acid.

“It is unfortunate that despite repetitive recommendations of the commission, the retail sale of acid is not banned. Acid is being sold openly in markets, unchecked. In fact, it is as easy to obtain acid as it is to purchase vegetables! “The government must ban retail sale of acid. Further, the Delhi Police must arrest the accused and investigate the case properly so that the strictest punishment can be given to them,” she said, adding that when a girl is attacked with acid, “her soul is scarred and her life is ruined”.

Ms Maliwal said the DCW has issued several notices and summons but acid sale continues unchecked. “Why are governments sleeping over it? We will continue to fight the sale of acid and will even approach court if the situation demands so,” she added.

Claiming that there is no implementation of the ban, activist Yogita Bhayana said the district authorities responsible for implementing the ban should be held accountable and suspended or fined if it is found that acid is being sold in their jurisdiction. “Only then a strong message will be sent out.” NGO Brave Souls Foundation, which works with acid attack survivors, tweeted “It is a shame that acid attacks carry on till date. Despite PIL in Delhi High Court, we see no ban on acid sale and no strict action against attackers. Until when will this horrific act be ignored? How long will the government act blind?” Two masked men on a bike threw acid on the 17-year-old girl minutes after she left her west Delhi home for school on Wednesday morning. She is admitted to Safdarjung Hospital’s burn ICU and her condition is stable.

As outrage spread over the acid attack, women’s groups and others, including Lt Governor V K Saxena, raised questions on the availability of acid in markets despite a ban and Delhi Chief Minister Arvind Kejriwal asked how the accused could have gathered so much courage.

DCW members Vandana Singh and Firdaus Khan visited the acid attack victim in the hospital and interacted with her family members. The panel said it has assured full support to the girl and her family. A DCW team is with the girl at the hospital.

The panel has issued a notice to the Delhi Police and sought an action taken report in the matter. It has sought a copy of the FIR along with details of the accused arrested, of any complaint made by the girl or her family about threats and information about the shop from which acid was procured.

In its notice to the Home Department, the DCW stated that acid is freely available across the country, especially in the national capital. “The DCW has repeatedly recommended a complete ban on the retail sale of acid. However, no action has been taken to date,” it said.

The commission recently released a report on the ineffective implementation of a Delhi Government order regulating the sale of acid in the city. The order empowers SDMs to make surprise inspections and impose a penalty of Rs 50,000 for violations.

The report claimed that regular inspections to regulate acid sale were also not being conducted in Delhi.