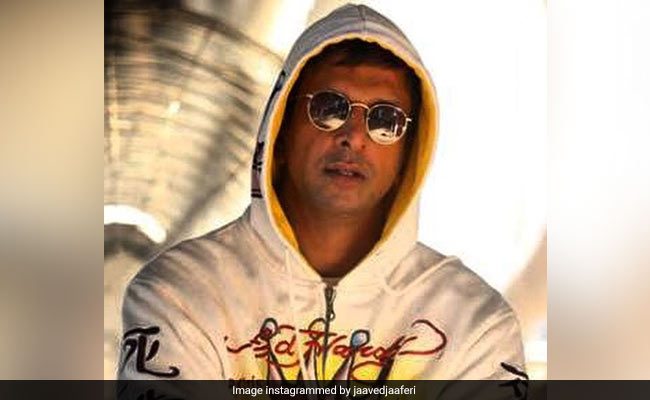 In an era before Netflix and Instagram Reels, much of the entertainment came from the good old television shows. From sitcoms to game shows, the 90s saw a host of remarkable content. One such show that was a favourite across age groups is Takeshi’s Castle. The game show had contestants performing a series of tasks that were almost designed to make them end up in ridiculous positions and hilarious falls. Needless to say, the Japanese show was a laugh riot in more ways than one and has a loyal fan base even today. Back home in India, dancer-actor Jaaved Jaaferi served as the host for the dubbed Hindi version.

Now, the host who was Takeshi’s Castle’s Indian voice sent the Internet into a meltdown when he replied to a meme about the iconic show. Mr Jaaferi was reacting to a meme that said, “12 people have been on the moon, but only 9 have won Takeshi’s Castle.”

Posting the meme, Mr Jaaferi said, “I have witnessed 3 of them… and yet not understood what they won,” referring to the eccentric and downright ridiculous nature of the rib-tickling tasks.

I have witnessed 3 of them… and yet not understood what they won ???? pic.twitter.com/0GeK4d6puf

The tweet sent users on a nostalgia trip, with many taking the opportunity to praise Mr Jaaferi’s impeccable humour sense as the host of the show. Civil servant Nirupama Kotru credited his commentary for the show’s popularity in India.

Watched the show regularly. Little one used to call it Takakak at one time???? Without your running commentary, Gen Lee would have never won the kind of Indian audience he did! आपकी सारी टिप्पणियां हमें ज़ुबानी याद हैं।

A user commented, “Takeshi’s Castle saw through a few years of troubled times. Jaaved Jaaferi, your voice had a lot to do with it. Thanks.”

Takeshi’s Castle saw through a few years of troubled times. @jaavedjaaferi your voice had a lot to do with it ????. Thanks

One user said, “Your running commentary was hilarious…A very entertaining show which brought out laughter in the viewers right before going to bed.”

Your running commentary was hilarious. The challenges itself seemed fun. A very entertaining show which brought out the laughter in the viewers right before going to bed.

Another viewer said that the show made him laugh no matter how many times he had seen it.

I still used to watch it on pogo with my sis…whenever they telecast it….no matter how many times we watch it…It still made us laugh out loud ????

It came as no surprise that soon users were asking for a reboot of the show and Mr Jaaferi’s legendary commentary.

Bring Takeshis Castle back. We need your legendary commentary! ???? pic.twitter.com/IdcV20URNq

“Thanks, Javed bhai for the memories,” wrote another user.

One of the funniest shows of my childhood. Thanks Javed bhai for the memories @jaavedjaaferi#TakeshisCastlehttps://t.co/9t5zEKn43k

Takeshi’s Castle originally aired between 1986 and 1990 on the Tokyo Broadcasting System. Mr Jaaferi, who is known for projects such as Boogie Woogie and Salaam Namaste, hosted the shortened, dubbed version in 2005.