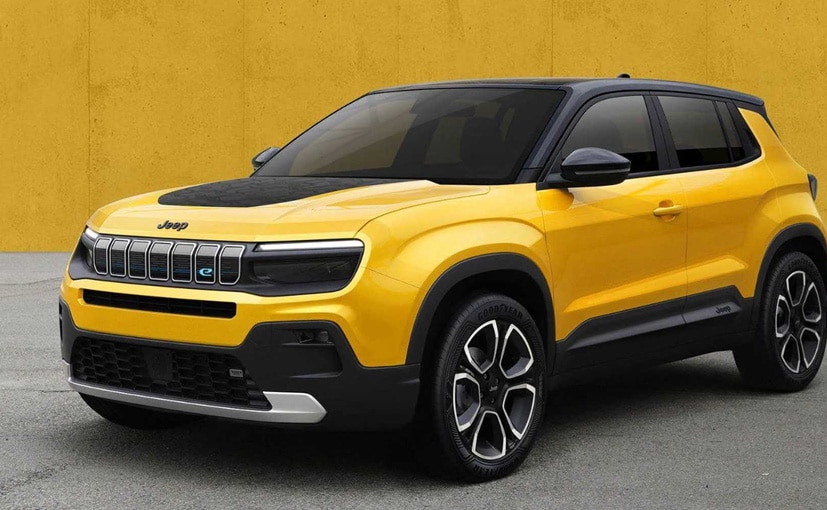 Jeep’s upcoming EV could be a compact-SUV with dimensions similar to that of the Compass. The electric SUV is expected to make its debut in early 2023.

A couple of photos of the all-electric Jeep have been released, but the SUV will make its debut in 2023

In Stellantis’ huge presentation of its ‘Dare Forward 2030’ strategy in Amsterdam, Netherlands, the multi-brand automaker announced its future plans for the decade. One of the main topics of the strategy was electrification of its vehicles, and Stellantis is planning to take it to the next level by introducing an all-electric Jeep in early 2023. While much isn’t known about this battery-electric vehicle, Jeep released two images of the EV which give us a few clues. The teased images point towards the EV being a compact-SUV, which could be of a similar size to that of the Jeep Compass, and the optimistic timeline suggests that this could be an electrified version of an existing Jeep. However, no details have been announced on that front yet.

Do note, Jeep already offers a range of plug-in hybrids under the 4xe range, which includes PHEV version of the Grand Cherokee, Wrangler, Compass and Renegade. and the carmaker is considering bringing 4xe models to India.

The EV has an upright stance in typical Jeep fashion, featuring split headlamps with an LED daytime running lamp sitting above the main unit. The headlamps are also supported with fog lamps that are placed below the headlamps but not too close to the ground. Even though the EV doesn’t need a grille, the compact-SUV features Jeep’s signature 7 slot grille with the vents being closed off and serving no functional purpose. The grille also features a blue ‘e’, signifying the car’s electric power-train. Tail end of the Jeep’s EV

The tail lamps of the car are designed with ‘X’ shaped inserts, and a similar blue ‘e’ is present on the tailgate. On the sides, the wheel arches are also squared off and the whole lower section of the car features a black cladding. The door handles of the second row are tucked nicely near the ‘C’ pillar, rather than being in their conventional position, and the EV is also finished in a dual tone paint scheme.

Along with the Jeep’s electric compact-SUV, Stellantis also showcased a few other upcoming electric cars from their other brands. The parent company plans to add 100 EV models to its list of offerings before the year 2030, including ‘electric muscle cars’ from Dodge, and other family vehicles. Jeep’s upcoming EV will also be accompanied by the Wrangler EV, which could be launched in 2024.