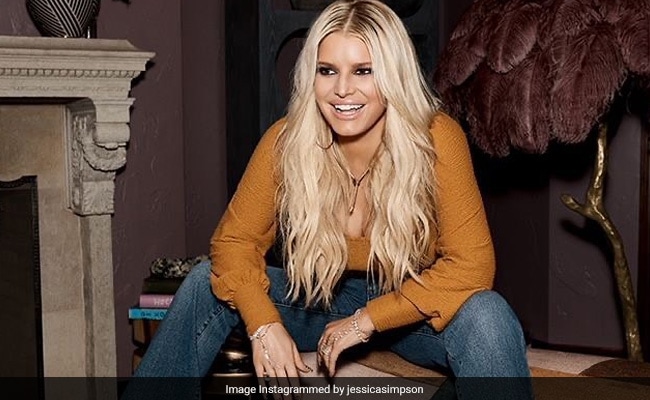 Jessica Simpson gave up alcohol in 2017

American singer Jessica Simpson has shared an “unrecognisable” image of herself from four years ago when she was battling alcohol addiction. The 41-year-old has uploaded the photo on Instagram to mark four years of her sobriety and opened up about her journey. The pic was taken on November 1, 2017, and Ms Simpson said she knew that day that she needed to quit drinking alcohol because she was “exhausted” by it. The day after Halloween, she made the decision to quit drinking after meeting with a group of friends, Ms Simpson told People Magazine.

Now, coming back to her note on Instagram. “This person in the early morning of November 1, 2017, is an unrecognisable version of myself. I had so much self-discovery to unlock and explore. I knew in this very moment, I would allow myself to take back my light, show victory over my internal battle of self-respect, and brave this world with piercing clarity,” Ms Simpson wrote in the caption. To do this, the singer continued, she needed to stop drinking alcohol “because it kept my mind and heart circling in the same direction and quite honestly I was exhausted”. Ms Simpson said she kept on drinking to feel the pain “so I could carry it like a badge of honour”.

Four years later, now that she is sober, Ms Simpson said there is so much stigma around the word alcoholism or the label of an alcoholic. Today, after quitting, she has learned to respect herself. “The drinking wasn’t the issue. I was. I didn’t love myself. I didn’t respect my own power. Today I do,” she said.

Many people appreciated Ms Simpson for opening up about her journey.

Singer Carnie Wilson shared her journey in the comment space. “Jessica, I live this every day. Every word I just read. I don’t know you personally- but now I feel like I do. I haven’t had a drink in over 17 years…It’s remarkable. I am still discovering my power in some areas snd giving up in others. Thank you for these brave words. I get it. Congrats, dear warrior. Love, Carnie.”

“Beautifully said. You are an inspiration and a light for so many,” said a user.

Another wrote, “Truly an inspiration. Thank you.”

This user said Ms Simpson’s post was “crucial” for those who think substance abuse disorder only occurs in low functioning people.

“Thank you for sharing. I am currently 8 months sober and this post resonates with me so much,” read a comment.

In the interview with People magazine, Ms Simpson said she quit drinking after realising she couldn’t dress her kids for Halloween in 2017.