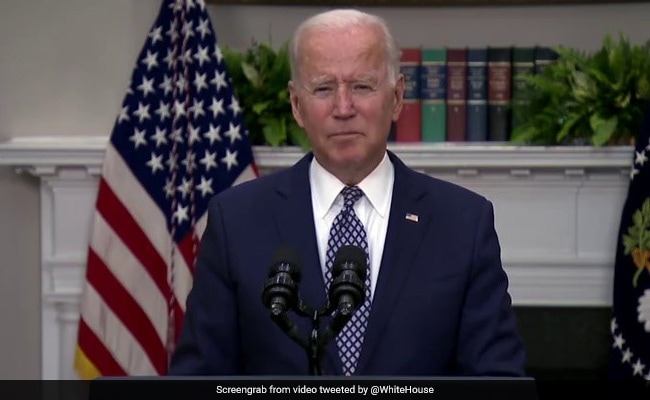 US President Joe Biden on Thursday pledged on strike back at the attackers of Kabul airport.

A video of US President Joe Biden’s statement on the terror attacks that took place at Afghanistan’s Kabul airport four days ago has gone viral on desi Twitter a surprising reason. Bollywood fans noticed that the statement had a familiar ring – it sounded quite similar to a dialogue from the 1991 film Saudagar, delivered by actor Raaj Kumar.

ISIS struck the crowded gates of Kabul airport in a suicide bomb attack on Thursday, killing scores of civilians and at least 13 US service members. US President Joe Biden pledged to strike back at the attackers shortly afterwards. “We will respond with force and precision, at our time, at the place we choose and at the moment of our choosing,” he said.

The phrasing of the two sentences sounds strikingly similar – as several Twitter users noticed after a popular Instagram page (filmhistorypics) juxtaposed the two videos together.

IAS Awanish Sharan was also among the dozens of desi Twitter users amused by the similarity. He even found a possible reason for it. Mr Sharan, after sharing the video, also posted a Wikipedia screenshot revealing that the White House Director of Speechwriting is an Indian-American.

The video, meanwhile, has racked up thousands of views and ‘likes’ on the microblogging platform. Take a look at some of the reactions it garnered:

For every occasion somewhere Bollywood dialogues connect in apt way.

The ISIS group, rivals of the Taliban, carried out a suicide bomb attack at the perimeter of the Kabul airport late last week that claimed more than 100 lives, including those of 13 US troops, reports AFP. The United States said it carried out an air strike on Sunday night in Kabul on an ISIS-prepared car bomb. That was followed on Monday morning by rockets being fired at the airport.