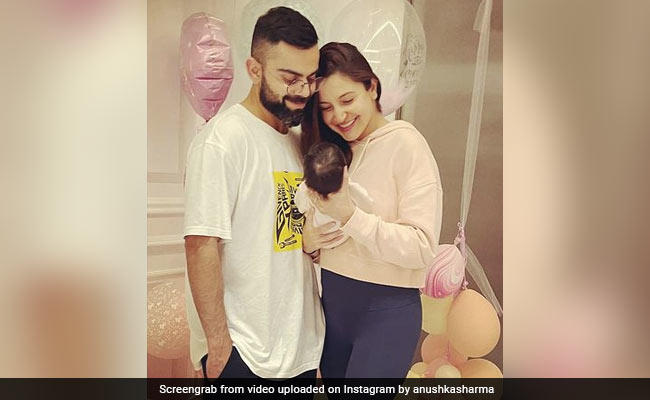 This year was a blessing for many celebrities. We aren’t simply talking about successful film projects and exotic vacations. We are here to give a shout-out to all those celebrities who have welcomed babies in 2021. Surely, words won’t suffice the emotions of becoming a parent. But we can definitely celebrate their joy before the year wraps up. Whether it be through surrogacy or a C-section, all these babies received a warm welcome not only in the hands of their parents but also from a huge fanbase.

Here are the celebrities who welcomed their babies in 2021:

Kareena Kapoor and Saif Ali Khan’s second baby, Jeh, was born on February 21 this year. The couple is also parents to four-year-old Taimur

Actress Anushka Sharma and cricketer Virat Kohli were only too glad to welcome their daughter, Vamika, on January 11. This is how the couple announced the news of the birth on social media:

Neha Dhupia and Angad Bedi  welcomed their second child on October 3. They became parents to a baby boy. The couple also has a daughter named Mehr.

Preity Zinta and her husband Gene Goodenough chose the path of surrogacy to welcome their twins this year.

Avyaan Azaad graced the life of Dia Mirza on May 14. We often get a glimpse of the mother-son duo on her Instagram timeline.

Lisa Haydon gave birth to a baby girl on June 22.

Bollywood singer Shreya Ghosal introduced her son Devyaan Mukhopadhyaya to the world this year. She and Shiladitya Mukhopadhyaya welcomed their little bundle of joy on May 22.

Cardi B and Offset welcomed their second child on September 4 and announced the news on Instagram with a photo of the baby wrapped in his parent’s arms.

Gal Gadot and Yaron Varsano’s third daughter, Daniella, graced our screens this year. The couple welcomed her in June.

Here’s celebrating all these celebrity babies of 2021.