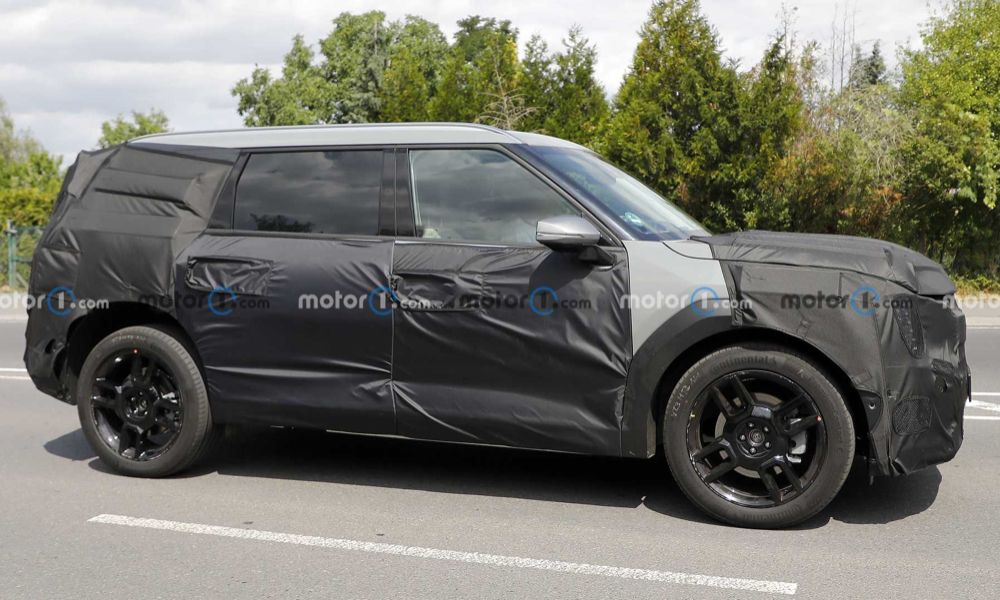 Kia is preparing to step up its EV game, and is planning to take on the ever-growing electric mobility market with a series of EVs. The Korean brand kickstarted this process by launching the EV6 last year, which also made its way to India in June. The EV9 will be based on the same E-GMP (Electric Global Modular Platform) architecture as the other Hyundai Group EVs, including the EV6, Hyundai Ioniq 5, and the recently unveiled Ioniq 6. Now, with the EV6 electric crossover garnering success globally, Kia is working on launching a full-sized flagship electric SUV, the Kia EV9.

Also Read: Hyundai Reveals The RN22e; A Hotter Version Of The Ioniq 6

The Kia EV9 was spotted testing in Europe, and the test mule was covered in disguise revealing few details. The EV9 retains its boxy proportions, with most visible part of the electric SUV remaining unchanged from the concept unveiled at LA Auto Show 2021. The SUV sported 8-spoke wheels which looked similar to the wheels on the Mini Cooper SE, minus the drag reducing wheel covers. The biggest difference of the test mule from the concept was the lack of rear suicide doors, which make way for traditional doors. It is expected that almost 80-90 per cent of the concept car will be carried over to the production spec, and we will have to wait until next year to see what is changed. The EV9’s design language feels like an evolution of the Kia Telluride, which is Kia’s ICE (internal combustion engine) powered full-sized SUV.

The EV9 concept showcased last year measures 4,930mm in length, 2,055mm width, 1,790mm height and has a wheelbase of 3,100mm, making it a truly large SUV. Apart from a striking design, the EV9 concept is loaded to the gills with tech, and we may even see some additions in this department by the time it enters production. It delivers a driving range of up to 483 km, and features next-generation ultra-fast charging technology with a 350-kW charger that allows its advanced battery electric powertrain to replenish energy from 10 per cent to 80 per cent in 20-30 minutes. More about the concept EV9 here.