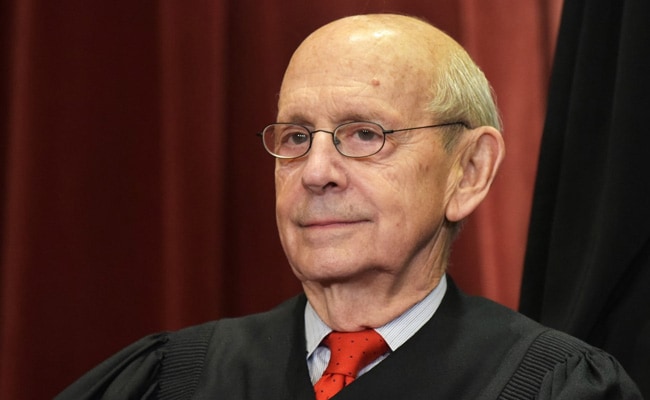 Stephen Breyer, one of three liberal justices on the US Supreme Court, plans to retire, paving the way for Joe Biden to name a replacement on the nation’s highest court, media reported Wednesday.

Breyer, 83, plans to step down at the end of the current term, which ends in June, the NBC and CNN television networks reported.

The Supreme Court is currently split between six conservatives and three liberals. Nominees to its bench need the approval of the Senate, which is currently controlled by Biden’s Democratic Party.

Biden has pledged to nominate a Black woman to the court in the event of a vacancy.

Breyer is the oldest justice on the court and was nominated to the bench in 1994 by Democratic former president Bill Clinton.

Breyer is the senior member of the court’s liberal wing and has carved out a legacy of pragmatism in the hundreds of opinions he authored in his long career.

Breyer, who carries an annotated copy of the Constitution in his jacket pocket, has been a fierce opponent of the death penalty, and ruled in favor of abortion rights, same-sex marriage and environmental protection.

Born on August 15, 1938 in San Francisco, Breyer was educated at Stanford, Oxford and Harvard.

He began his legal career in 1964 as a clerk to then Supreme Court justice Arthur Goldberg and then spent time working in the Justice Department on antitrust matters, before serving as an assistant special prosecutor on Watergate in 1973.

He taught at Harvard University until 1980, when he got the nod from then president Jimmy Carter to serve on the federal court of appeals in Boston, where he remained for more than a decade, eventually becoming its chief judge.

Breyer was initially considered for a Supreme Court spot in 1993, but his candidacy was marred by a revelation that he had failed to pay taxes for a part-time housekeeper.

A year later, he became Clinton’s second nominee to the high court, after the late Ruth Bader Ginsburg. The pair would end up shoring up the liberal-progressive wing of the court for more than two decades.