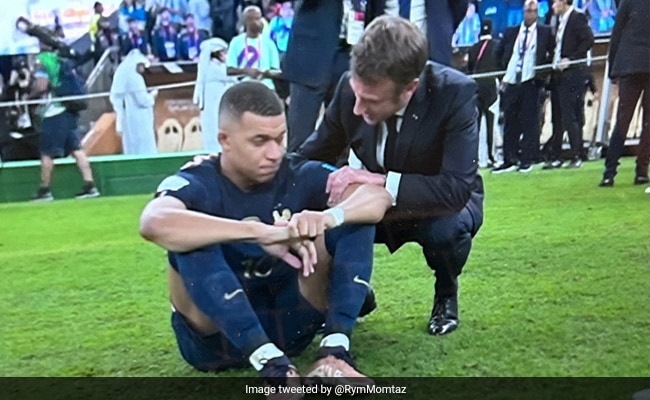 French star striker Kylian Mbappe, despite a hat-trick in the World Cup final, ended up on the losing side. France, the defending champion, lost to Argentina in a nail-biter on Sunday. The French President was seen squatting on his haunches consoling a dejected Mbappe after the match.

Messi and Mbappe both lived up to their billing, with Messi scoring twice and Mbappe becoming the first player since England’s Geoff Hurst in 1966 to net a World Cup final hat-trick in a game that ended 3-3 after extra time.

It is the second time in five World Cups that France have lost the final on penalties after they were beaten by Italy in 2006, and it is Argentina who are champions for the first time since 1986.