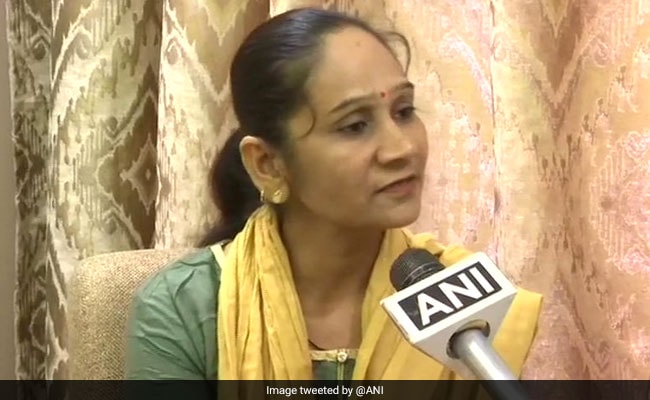 However, Ram Bai Singh termed the action as illegal.

The Madhya Pradesh Police have enhanced the reward for information that can lead to the arrest of the husband of a BSP MLA in connection with a murder case of 2019, a senior police official said on Thursday.

Earlier, the police had announced a reward of Rs 30,000 for the arrest of Govind Singh, the husband of Bahujan Samaj Party (BSP) MLA Ram Bai Singh, who represents Patharia in the state’s Damoh district.

The amount was increased to Rs 50,000 by state Director-General of Police Vivek Jouhri on Wednesday evening, the official said.

The police have also arrested two relatives of the MLA for allegedly providing protection to Govind Singh, another official said.

Govind Singh is an accused in the case of the murder of Devendra Chaurasia in Hata town in March 2019, after the latter joined the Congress.

“The police had initially announced a reward of Rs 30,000 for the arrest of Govind Singh in the murder case of the Congress leader. It has been enhanced to Rs 50,000,” Damoh Superintendent of Police Hemant Chauhan said.

The Supreme Court last week took serious note of the state police’s failure to arrest the MLA’s husband and directed the DGP to arrest him immediately.

The SC said facts of the case indicate that despite the registration of an FIR on March 15, 2019, wherein Chaurasia’s son alleged that Govind Singh was complicit in the murder of his father, no steps have been taken by the investigating authorities to arrest him.

Meanwhile, local administration on Wednesday removed the encroachment and illegal constructions made in the MLA’s house situated on Sagar Naka in Damoh.

Tehsildar Babita Rathore said the encroachments were removed as per rules.

However, Ram Bai Singh termed the action as illegal.

“If my husband is an accused in some case, then the police should search for him and not create troubles for my family and my house,” the MLA told reporters.