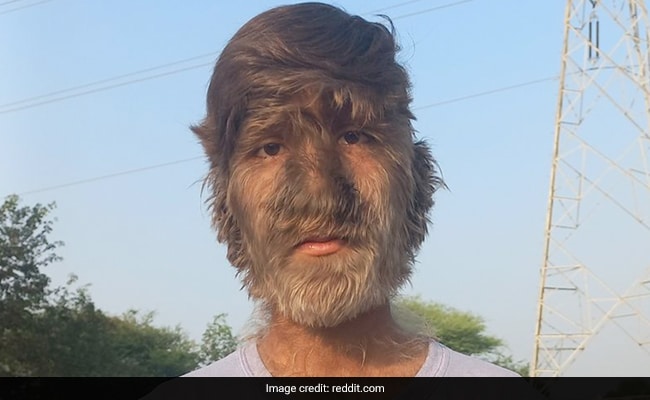 Lalit Patidar was diagnosed with the disease at the age of 6.

A teenager in Madhya Pradesh has suffered a lifetime of ridicule due to a rare condition called the ‘werewolf syndrome’. As is evident from the name, it causes extreme hair growth all over the body. Seventeen-year-old Lalit Patidar, from the small Nandleta village, was diagnosed with the condition – medically known as hypertrichosis – at the age of 6. The photos of the teenager has been circulating on several social media platforms and show his face and hands completely covered in hair.

According to Indian Express, he has been bullied by his classmates who are scared he will bite them. Patidar has been called “monkey man” due to his condition.

“I come from a normal family, my father is a farmer, and I am currently a senior in high school studying in 12th grade and at the same time I help my father in his farming work,” he is quoted as saying by the Daily Star.

“I have had this hair my whole life, my parents say the doctor shaved me at birth but I didn’t really notice anything was different about me until I was around six or seven years old. That’s when I first took notice that the hair was growing all over my body like no one else I knew,” he added.

Lalit said there is no cure for the condition and he has “learned to live with it”. He added that children used to throw stones at him when he was young, claiming that he was some kind of mythical creature.

According to US government’s National Library of Medicine, hypertrichosis is defined as excessive hair growth anywhere on the body in either males or females.

It is a very rare condition, which patients are born with or develop later in life. The extreme hair growth can result in embarrassment, resulting in emotional burden.

The condition believed to have been found only in 50 people since the middle ages.