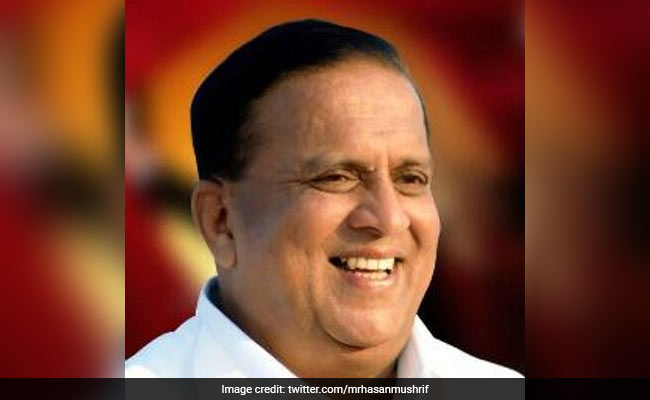 Briefing mediapersons, Mr Mushrif said, “The allegation which is being made by Kirit Somaiya are part of BJP’s big conspiracy and Chandrakant Patil is the mastermind of this. I have been very vocal about the Centre using central agencies against Maha Vikas Aghadi (MVA) and on the issue of (former Mumbai Police commissioner) Parambir Singh. It is the reason I am being framed by BJP through Kirit Somaiya to stop me.”

“All allegations against me and my family are false and baseless. I am going to file Rs 100 crore defamation suit against Kirit Somaiya. Kirit Somaiya should apologise to me. I will file an FIR against Chandrakant Patil for a Rs 150-core hybrid annuity scam done during the BJP government,” he added.

Mr Somaiya last week had alleged that Mr Mushrif and his family members are involved in money laundering and have stakes in shell companies.

Speaking to mediapersons, the BJP leader had said, “Hasan Mushrif, his wife Sahera Hasan Mushrif and their son Navid Mushrif, the whole Mushrif family have their shares in these fraudulent practices in money laundering and Benami property.”

“There are records in various agencies that the companies, in which these people were involved are actually shell companies. In his election affidavit, he has mentioned these shell companies. I do not know how he could do that,” he had alleged.

To validate his claims, Mr Somaiya had presented a few documents and the election affidavit of Hasan Mushrif.

“Tomorrow, I will file a formal complaint against Hasan Mushrif in Enforcement Directorate (ED) with documentary proof. Day after tomorrow, I will be in Delhi and meet Finance Ministry officials to register my complaint there too. I have the names of two other ministers with the detail of their corruption. One of them is from NCP and the other from Shiv Sena,” he had said.

Notably, Mr Somaiya was scheduled to visit the properties owned by Mr Mushrif in Kolhapur, in which he claims corruption has taken place. However, he was detained at Karad Railway Station while en route to Kolhapur.