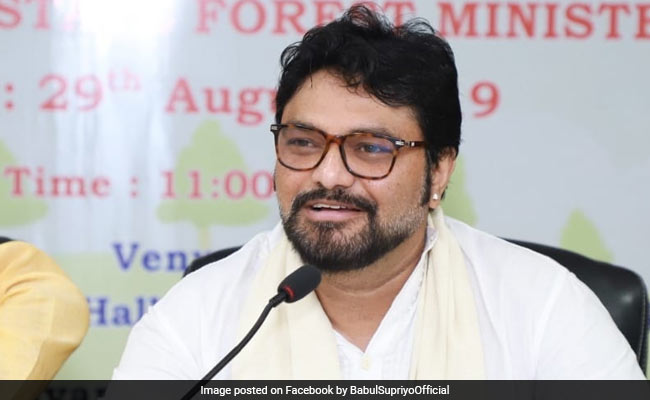 “I want that the captain of our party Mamata Banerjee becomes the Prime Minister in 2024. Opposition plays an important role in a democratic system. Nobody can deny the fact that Mamata Banerjee is among the top frontrunners for the prime ministerial post,” Mr Supriyo told ANI.

Asked about why he switched to the Trinamool, Mr Supriyo said, “I have not created any history by changing the party. A horde of leaders joined Bharatiya Janata Party (BJP) from other parties before the West Bengal Assembly polls. There are resentments among the old leaders. BJP should ask them about their resentments.”

The former minister of state for environment, forest and climate change on Saturday formally joined Trinamool Congress after he had quit the BJP following the recent Union cabinet reshuffle.

After joining Trinamool, Mr Supriyo had told ANI, “I accepted the opportunity given to me by Didi (Mamata Banerjee) and Abhishek. I left politics wholeheartedly and I am accepting the opportunity wholeheartedly. I met Abhishek Banerjee. The work to be done for Bengal was presented before me. I am excited. I want to work under the leadership of Didi. I will meet Didi on Monday.”

Earlier in August, Mr Supriyo said he will continue to work constitutionally as a Member of Parliament but had withdrawn himself from active politics.

“I will continue to work constitutionally as an MP in Asansol. Politics is beyond the constitutional post and I withdraw myself from it. I will not join any other party. I will vacate the MP bungalow in Delhi and release security personnel from their duties soon,” Mr Supriyo had told ANI.

Before that, Mr Supriyo had announced he was leaving politics and will also resign as an MP. He had stated that he would not join any political party and neither have the parties including the Trinamool Congress, CPI(M) or Congress called him.