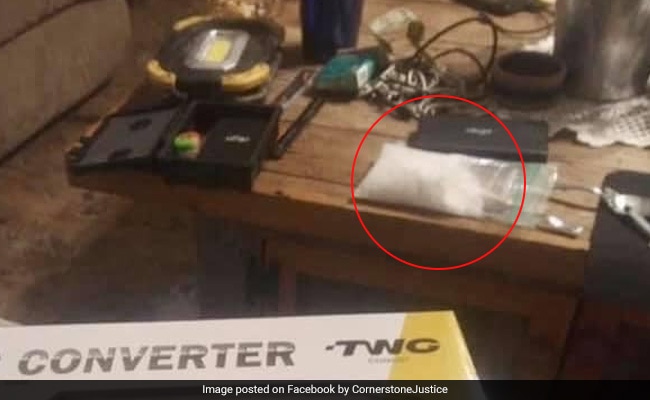 A Missouri man trying to sell a catalytic converter on Facebook was arrested after a bag of methamphetamine and a syringe was spotted in the background of his photograph. James Kertz, 38, was taken into custody on Wednesday after posting the photo on Facebook Marketplace, reports the New York Post.

Stone County Sheriff Doug Rader said the police department was tipped off about his photo soon after he shared it online last week. In the picture, the bag of drugs is clearly visible on the coffee table in the background. When authorities searched his home, they found 48 grams of meth and a pistol he wasn’t legally allowed to own.

“Last night one of our Stone County residents posted a catalytic converter for sale on Marketplace. Apparently he must have been under the influence because in the background of his picture he posted, he left his large bag of meth and syringe on the coffee table,” the sheriff said in a post on Stone County Sheriff’s Office Facebook page. “Take note, if you are selling items on social media, make sure your drugs are not in the background!” he added in his viral post.

While the Stone County Sheriff’s Office Facebook page has now been pulled down, screenshots of the post are still viral on social media.

“This is the best post I have seen in a long time! Hilarious!” wrote one Facebook user.

“People are crazy,” another declared.

According to CNN, Mr Kertz is being held in a county jail with no bond. He has been charged with possession of a controlled substance and probation/parole violation.