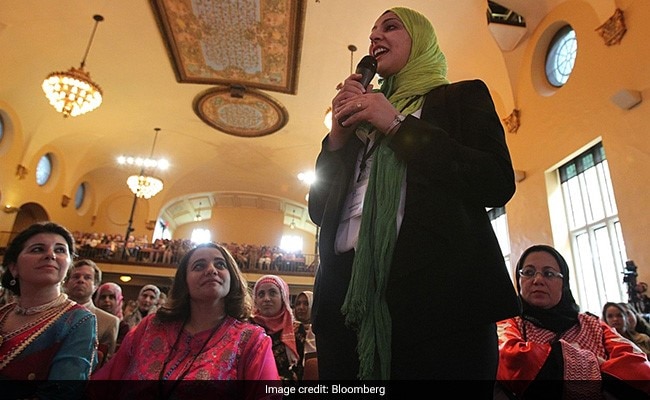 Afghanistan’s top female leaders have either fled or are in hiding after Taliban takeover.

Even as the Taliban seek to assure the world they’ve become more moderate, most of Afghanistan’s top female leaders who emerged over the past two decades have fled or are in hiding.

In recent weeks, Taliban fighters have fired shots in the air to disperse protests in Kabul and other cities by women demanding participation in government as well as rights to education and jobs. A major rallying point for these protests have been the exclusion of women from the new cabinet unveiled last week, a step back from U.S.-backed governments that included female lawmakers and technocrats.

The Taliban have said they would respect women’s rights within the limits of Islamic law, allowing them to go to work or school as long as they don’t mix with men — an arrangement that doesn’t often work in reality. The group has also sought to show the world they have female support, with armed fighters last weekend accompanying hundreds of fully veiled women who carried banners supporting the Taliban and saying the female leaders who fled Afghanistan don’t represent them.

Here are some prominent female politicians who have left Afghanistan for fear of reprisals from the Taliban or went into hiding:

Koofi, who represented northern Badakshan province, was the vice president of Afghanistan’s National Assembly. In the months before the Taliban took Kabul, she had participated in talks with the group to urge that women have more say in policy decisions.

As a single parent, Koofi’s advocacy of women’s issues made her unpopular with conservatives — leading to multiple assassination attempts, including one last year. Shortlisted for for the Nobel Peace Prize in 2020, Koofi left the country two weeks after the Taliban took control and is now lobbying governments to give humanitarian aid to Afghanistan.

Farid was chairwoman of the parliament’s Women Affairs Commission and has represented western Herat city since she was 27. She has a degree in international relations from the George Washington University, and is known for her progressive views. Last year, she drafted and successfully implemented a proposal allowing for mothers’ names on birth certificates.

Farid has warned that a Taliban government without oversight by the United Nations, the U.S. and other nations will be a “regime of terror.” She fled the country fearing for her own safety and that of her children, the BBC reported.

A medical doctor from the minority Hazara community, Samar first became a refugee when she was forced to flee to Pakistan in the 1980s. As minister for women’s affairs in the Hamid Karzai-led interim government in the early 2000s, Samar oversaw the re-entry of girls into school and women into the workforce.

Samar survived assassination attempts during her time in office, though she resigned as minister for questioning conservative interpretations of Islamic law and advocating for the right of women to not wear a burqa — a head to toe covering that hides the entire face. She since went on to run hospitals in Afghanistan and headed the independent human rights commission. Her whereabouts are currently unknown.

An ethnic Hazara leader and medical doctor, Sarabi was one of only four female leaders in peace negotiations ahead of the U.S. withdrawal, during which she pushed for a greater role for women in Afghanistan.

Sarabi was minister for women’s affairs for two years starting in 2002 and the first female governor of Bamyan province to the west of Kabul. She won accolades for her work on women’s rights and continues to criticize the Taliban from an undisclosed location in Afghanistan.

Barakzai, an Afghan journalist-turned-politician who served as ambassador to Norway, fled Afghanistan after the Taliban returned to power. She survived a deadly suicide-bomber attack in 2014.

An ethnic Pahstun from Kabul, Barakzai has been a top advocate for women rights since 2001 when the U.S. overthrew the Taliban. Just months after the regime’s fall, she founded Aina-e-Zan, or the Women’s Mirror, a national weekly magazine that focused on women’s issues.

Barakzai has participated in a loya jirga, a grand national assembly that takes place to discuss crucial matters. She helped pass a new modern constitution in 2004, the same year she was elected as a lawmaker from Kabul.

Ghafari was the youngest mayor of Maidan Shahr city just north of Kabul before she and her family fled to Germany last month. As mayor, she survived six assassination attempts — and unknown gunmen killed her father last year in a bid to force her to quit.

U.S. Secretary of State Michael Pompeo gave Ghafari the International Woman of Courage award in 2020 for her bravery and resoluteness to keep women in the public space.