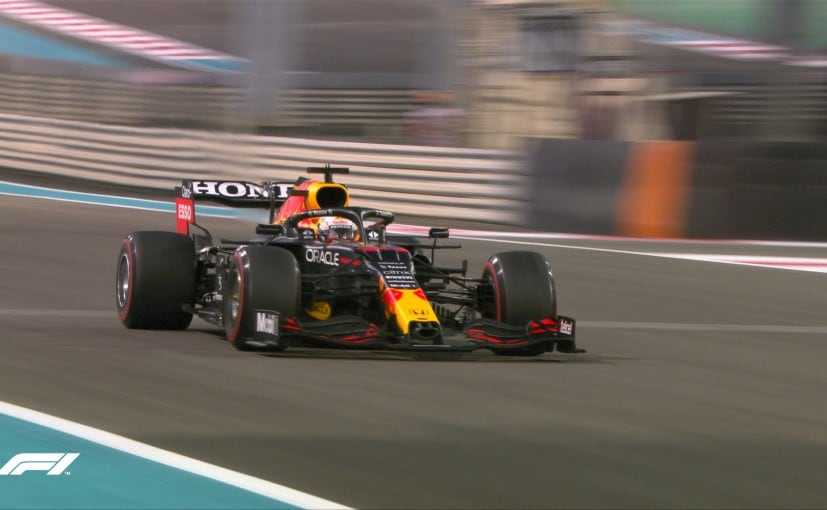 Hamilton managed to get P2 with his car almost four-tenths slower than Verstappen. Hamilton was fast through the session but in Q3 he wasn’t able to match the pace of the Flying Dutchman.

Red Bull masterfully deployed both its cars to give Max Verstappen a decisive slipstream that enabled him to get pole position for the 2021 season finale at Abu Dhabi. Hamilton managed to get P2 with his car almost four-tenths slower than Verstappen. Hamilton was fast through the session but in Q3 he wasn’t able to match the pace of the Flying Dutchman. Hamilton however could have an advantage as he starts the race on the medium compound tyres while Verstappen will be on the faster yet, more fragile soft tyres after he flat-spotted his medium tyre in Q2. Lando Norris got a surprise P3 in his McLaren followed by Sergio Perez in the other Red Bull. He was followed by Carlos Sainz Jr in the lead Ferrari for P5. Valtteri Bottas, in his last race for Mercedes, only managed P6 which could prove decisive for Hamilton as he was hoping for support from his teammate on a track that’s known to be tough to overtake on.

Charles Leclerc managed P7 in the other Ferrari as he tries to get P5 in the championship. His work will be cut out as the McLaren of Norris is ahead of his car and is looking fast. Yuki Tsunoda turned it on and managed P8 in the AlphaTauri ahead of Esteban Ocon in the Alpine who managed P9. Daniel Ricciardo managed P10 in the other McLaren which means it will be quite tough for McLaren to snatch P3 in the constructors from Ferrari. Fernando Alonso struggled to P11 in the other Alpine but was ahead of Pierre Gasly who just managed P12 in the AlphaTauri. Lance Stroll managed to outqualify his teammate Vettel in P13 for Aston Martin. The German though just managed P15, though he was ahead of Antonio Giovinazzi who’s in his last race for Alfa Romeo.

Nicholas Latifi outqualified George Russell to get P16 for Williams. Russell, who is in his last race for Williams before he moves to Mercedes to replace Bottas, managed P17. Kimi Raikkonen, who retires after this race, managed just P18. He was followed by the Haas duo of Mick Schumacher and Nikita Mazepin.

It is nicely set up for what looks like a cracker of a race. Hamilton needs to outscore Verstappen to win his record-breaking 8th world title to break Michael Schumacher’s record. If things remain the way they are after qualifying Max Verstappen will be crowned world champion. Red Bull also has a chance to snatch the constructor’s from Mercedes as now Perez is in P4 while Bottas is in P6.