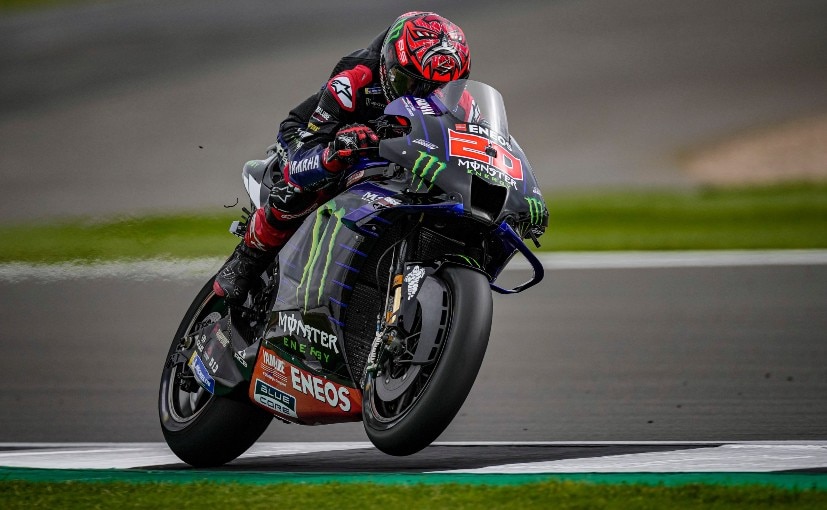 Fabio Quartararo extends his championship lead by 65 points over Suzuki’s Joan Mir, while Aleix Espargaro gave Aprilia’s its first podium of the season with a third-place finish.

Yamaha’s Fabio Quartararo extended his championship lead for the season by winning the 2021 MotoGP British Grand Prix. The rider led from Lap 5 of the race, extending his gap by 65 points over defending world champion Joan Mir of Suzuki. However, the highlight was that of Aleix Espargaro who put Aprilia on the podium with a fantastic third-place finish, behind Alex Rins of Suzuki who finished second, taking his first podium of the season. 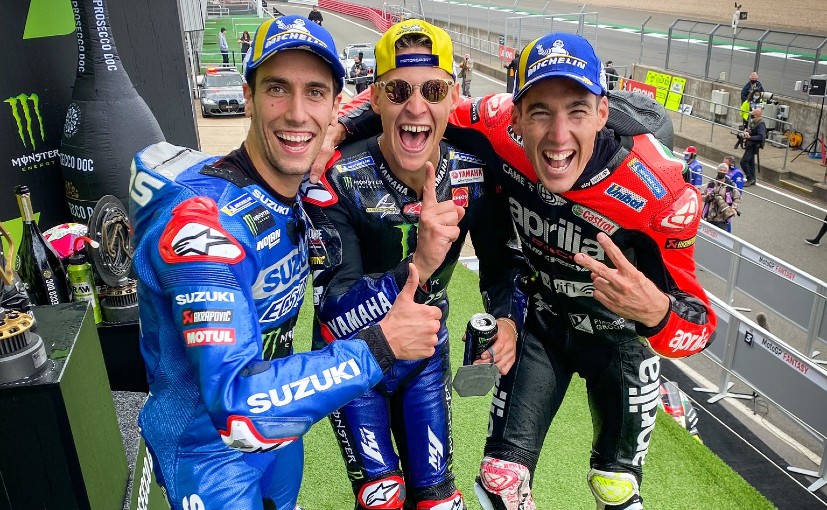 On the podium – Fabio Quartararo, Alex Rins and Aleix Espargaro

The British GP started with Honda’s Pol Espargaro on pole position with Quartararo and Aleix Espargaro right behind him. Aleix briefly made it up to P2 making for an Espargaro 1-2 in the early stages of the race, but Francesco Bagnaia of Ducati managed to move up to P2 ahead of Aleix for a brief period. Meanwhile, Honda’s Marc Marquez crashed on Turn 8-9 taking Jorge Martin along with him. 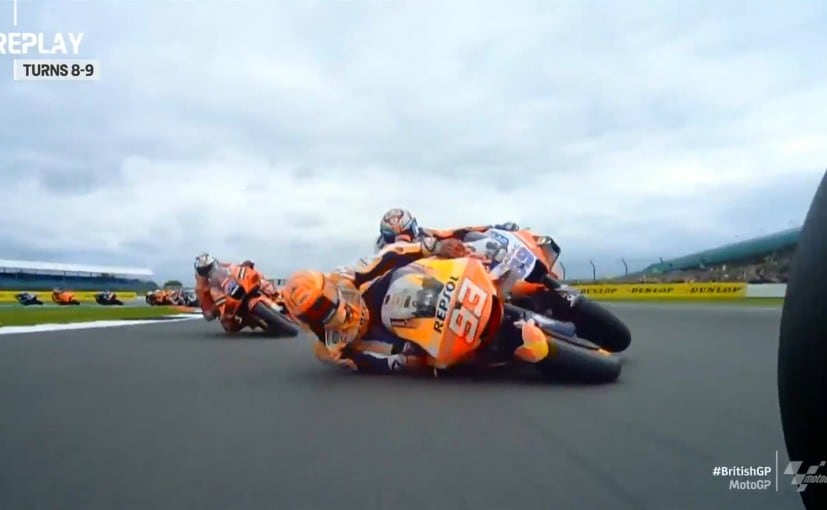 The Espargaro dominance didn’t last for long as Quartararo worked his way up the order and took the lead on the fifth lap. Challenging the Espargaro duo next was Rins who climbed up from P10 on the grid to take third from Pol on Lap 10. Rins then made his way up to pass Aleix in the following laps when the Aprilia rider ran wide. However, the Suzuki rider was within a 3.5s distance from Quartararo who comfortably led the battle at Silverstone. Meanwhile, Aleix was turned out to be quite the fierce competitor as he made moves to claim P2 once again from Rins. Nevertheless, the Suzuki rider defended his position level.

As the race moved towards the final stages, Ducati’s Jack Miller made a last-ditch effort for the podium as he competed with Rins and Alex but had to settle for P4 behind the Aprilia. Pol Espargaro claimed fifth on the Honda, followed by Brad Binder on the KTM, making for six different manufacturers taking the top six spots in the race. 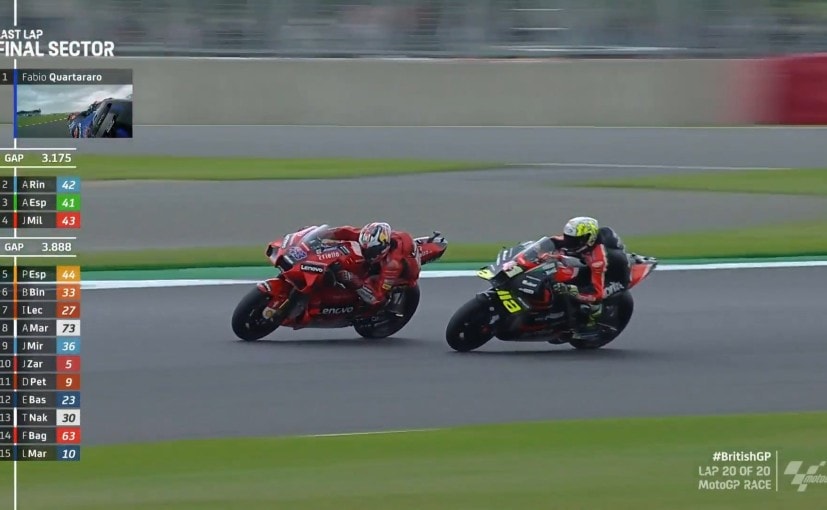 Test rider Cal Crutchlow finished 17th as he stepped in for Maverick Vinales at Yamaha, while Jake Dixon made his premier-class debut with Petronas SRT Yamaha stepping in place of the injured Franco Morbidelli. He finished 19th behind Valentino Rossi.