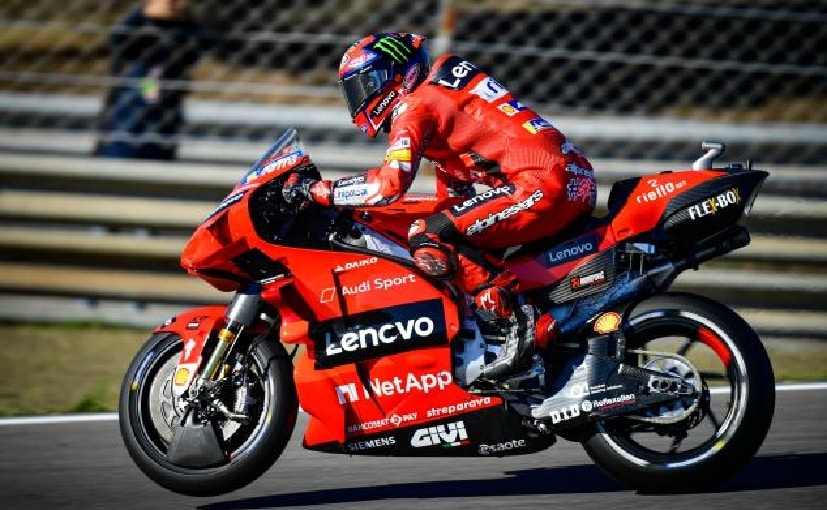 Francesco Bagnaia dominated the 2021 Algarve Grand Prix to win the  penultimate round of the championship. The victory was Bagnaia’s redemption after crashing out in the previous round that handed the 2021 world title to Fabio Quartararo of Yamaha. Nevertheless, the Bagnaia’s win allowed Ducati to win the MotoGP constructors’ championship, right before the race was red-flagged on the penultimate round of the race, following a crash between Tech3’s Iker Lecuona and KTM’s Miguel Oliveira. Both riders managed to escape serious injuries.

A dominant victory in the end for @PeccoBagnaia!

The race started with Bagnaia on pole position but the rider had a slow start, which allowed his teammate Jack Miller to take the lead. Nevertheless, Bagnaia was quick to reclaim the top spot at the first corner, followed by Joan Mir on the Suzuki taking second as he passed Miller on the following corners. Bagnaia and Mir were quick to separate themselves from the rest of the pack and were evenly matched in the initial laps.

By Lap 7, Bagnaia began extending his lead over Mir and the Ducati rider slipped adrift by eight tenths of a second. He further extended that gap to over two seconds by Lap 16.

Meanwhile, Quartararo didn’t have a great start either starting from P7. Dropping down to P8 on the opening lap, he recovered to P6 as he passed Lecuona and Honda’s Pol Espargaro. However, the rider struggled with power troubles on his M1 and was soon passed by Pramac Ducati’s Jorge Martin followed by Johann Zarco. Quartararo’s run was short-lived though crashing out on Lap 21, ending the race for the 2021 world champion while also registering his first DNF of the season.

The race though saw the red flags out on Lap 23 of 25 when Lecuona and Oliveira got into a massive collision. At the front, Bagnaia secured his third win of the season with Mir securing second. Miller went on to claim third ahead of LCR’s Alex Marquez, followed by Zarco, Pol Espargaro, Jorge Martin, Alex Rins of Suzuki, Avintia’s Enea Bastianini and the KTM’s Brad Binder rounding up the top 10.

LCR’s Takaaki Nakagami started at the back of the grid but recovered to 11th ahead of Avintia’s Luca Marini, and Petronas SRT duo Valentino Rossi and Andrea Dovizioso. Stefan Bradl, who’s standing in for Marc Marquez at Honda bagged the final point. Maverick Vinales on the Aprilia was the sole finisher for the team after teammate Aleix Espargaro crashed out. Yamaha’s Franco Morbidelli was the final finisher placed 17th.