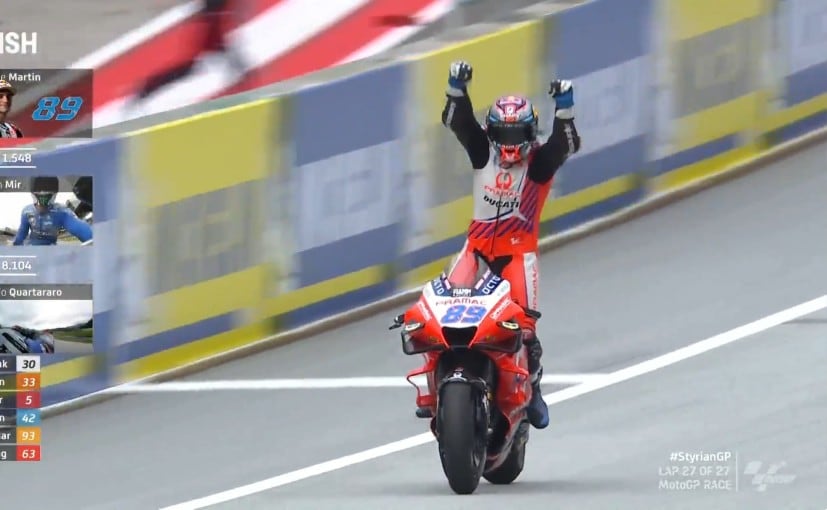 Pramac’s Jorge Martin made the most out of the Styrian GP restart to take his and the team’s maiden win, with Joan Mir and Fabio Quartararo joining him on the podium.

Pramac Ducati rider Jorge Martin took his maiden win in the premier class as he crossed the chequered flag ahead of Suzuki’s Joan Mir in the 2021 Styrian Grand Prix. The rider managed to make the most out of the restart following the Pedrosa-Savadori fiery crash that red-flagged the race after just two laps. The pole-sitter managed to absorb all the pressure while still recovering from his wrist injury to claim the first win for himself and the team. 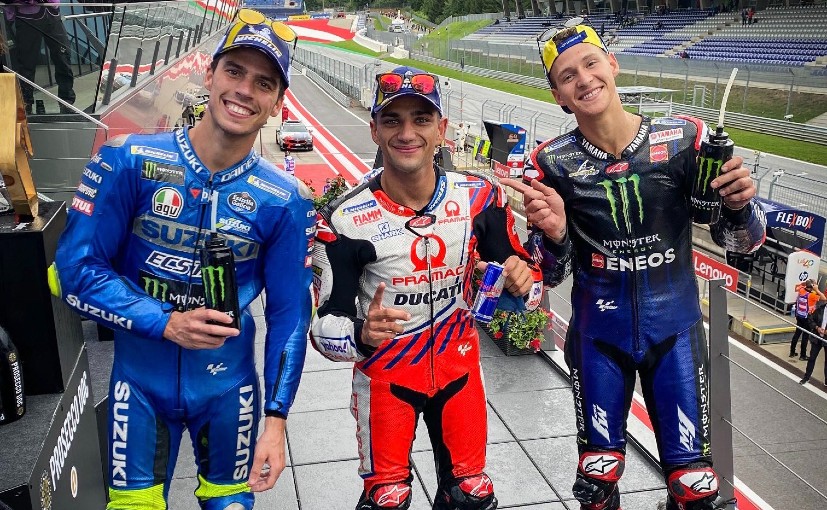 On the podium – Jorge Martin, Joan Mir and Fabio Quartararo

The Styrian GP started with Martin on pole, followed by Ducati’s Francesco Bagnaia, and Yamaha’s Fabio Quartararo. KTM’s wildcard entry Dani Pedrosa crashed on Lap 3 of the race, with Aprilia’s Lorenzo Savadori crashing into the fallen KTM, which immediately burst into flames. The race was red-flagged, as a result, and prompted a restart with the order unchanged.

While leading the race in the original start, an underwhelming restart saw Bagnaia lose the advantage as he dropped the order. Meanwhile, Ducati’s Jack Miller shot into the lead with Martin moving into second as the riders approached Turn 1. Miller and Martin went head-on into the following laps, and it wasn’t until Turn 2 of Lap 4 when Martin found the opportunity to take the lead. Following suit was Mir moving into second right behind the pole-sitter.

Championship leader Quartararo moved up to P3 by Lap 7 but was facing resistance from Miller’s Ducati. The battle for third engaged, the top riders pulled away from the rest of the pack by a gap of one second.

By Lap 19, Martin had increased his lead by nearly eight-tenths of a second between himself and Mir. However, the defending world champion made a braking mistake on Lap 22, which allowed Martin to extend his lead by 1.2s with an unmatched pace from the Ducati. With Mir not being a threat anymore, the Pramac rider crossed the chequered flag with a lead of 1.548s over Mir, while Quartararo took the final spot on the podium, extending his championship lead.

At the back, Miller crashed on Lap 18 making it easier for Quartararo to claim the third spot on the podium, while a late charge by KTM’s Brad Binder saw the rider finish an impressive fourth after starting 16th on the grid. Finishing next were LCR’s Takaaki Nakagami followed by Pramac’s Johann Zarco, while Alex Rins on the second Suzuki claim P7 ahead of Marc Marquez on the factory Honda. 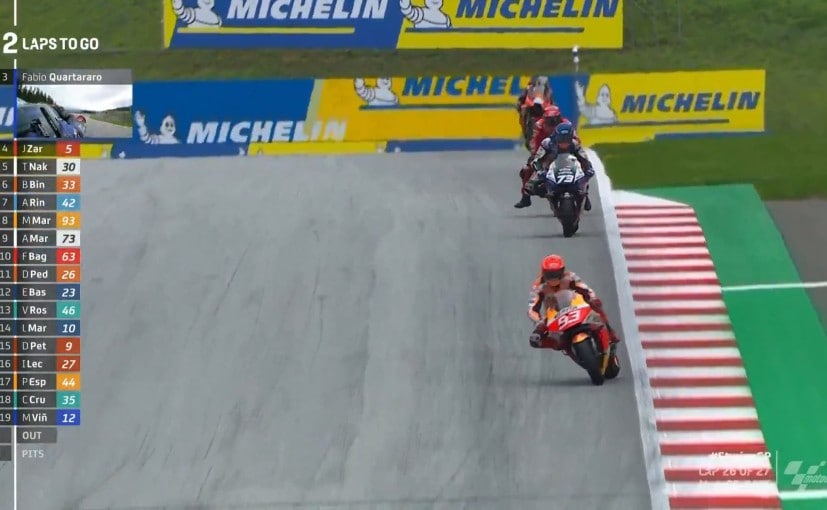 LCR’s Alex Marquez took ninth right below his older brother while Pedrosa moved up P10 following Bagnaia’s three-second penalty for failing to comply with the long-lap penalty. The rider started at P12 on the spare RC16 at the restart, and this was his first race since retiring at the end of the 2018 season. 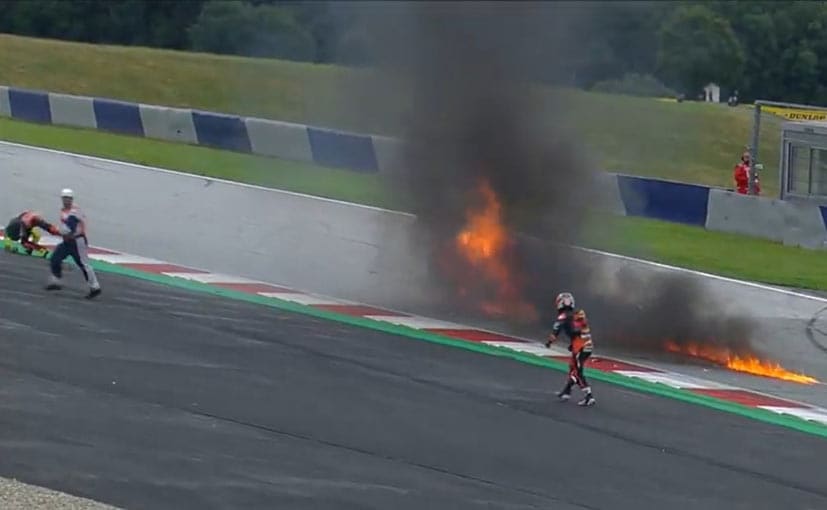 Meanwhile, Bagnaia dropped to P11, ahead of Avintia rookie Enea Bastianini, Petronas SRT’s Valentino Rossi, followed by Luca Marini on the second Avintia on the grid. The final point was taken by Tech 3  KTM’s Iker Lecuona.

Pol Espargaro on the factory Honda finished outside of points after a long lap penalty. Also returning after a hiatus, Cal Crutchlow on the SRT finished 17th, ahead of Tech 3’s Danilo Petrucci. Maverick Vinales was forced to start from the pitlane when his bike stalled on the grid for the restart. In addition to this, the rider received a long lap penalty for exceeding track limits, which put him last on the finishing line.