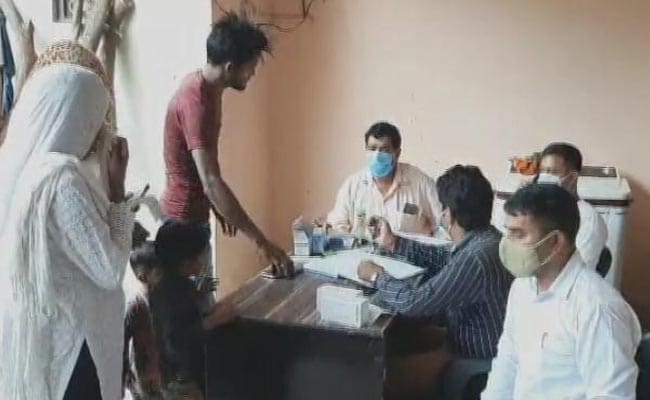 This village of some 4,000 people has no health facility

A “mystery fever” has killed eight children in the past 10 days in Chilli, a small village in Haryana’s Palwal district. At least 44 other people, 35 of whom are minors, have reported fever-like symptoms and are admitted to private hospitals.

While health officials are yet to determine the cause of death, they have not ruled out the possibility of dengue as fever and a low platelet count have been witnessed in most of the cases.

Facing a dire situation, health officials are visiting homes spreading awareness about dengue and sanitation. Those running a fever are being tested for dengue and malaria. Additionally, they are being put through a Covid test as well.

“We got to know that children have been running fever and there have been deaths. We have been visiting homes. Surveys are being conducted; medicines are being distributed. The team is working round the clock. We also noticed there was poor sanitation. We are doing additional tests to find out the reasons for the fever,” said SMO, Hathin, Vijay Kumar.

Other than children, elders too have been running fever. The count of people with fever has been rising over the past several days.

Villagers claim that deaths are a result of high fever followed by a low platelet count, one of the signs of dengue, and if health authorities had taken note people could have been saved.

“7-8 children have died so far. This could also be due to contaminated water supply and collection of larvae in standing water. This has been going on for 15-20 days… They have not been tested for dengue…The health team is here now. Even ASHA workers visit their centres and do not come into the village. There is no health facility here,” said Mr Kumar,” said Chilli village sarpanch Naresh Kumar.

The officials, on the other hand, claim that the platelet count drops even in case of a viral fever.

This village of some 4,000 people has no health facility. The sanitation levels, too, are dismal.

“They say the platelet count is low. Has been happening since August 25. Health teams arrived on September 11. Those affected are mostly children. There is an atmosphere of fear in the village,” said Khurshid Alam, a villager.