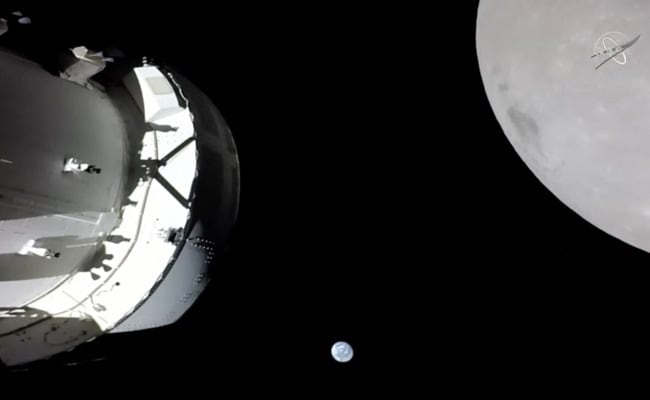 Nasa’s Orion spacecraft today flew past the moon, five days after it was launched off the Florida coast in the US. Orion is on a 25-day mission to orbit the moon before it returns safely to earth.

The spacecraft is to take astronauts to the Moon in the coming years – the first to set foot on its surface since the last Apollo mission in 1972.

This mission, called Artemis 1 aims to ensure that the vehicle is safe for human travel.

The outbound powered flyby burn that Orion performed today is the first of a pair of maneuvers required to enter a distant retrograde orbit around the Moon, Nasa said.

The Earth setting behind the Moon, as Orion loses signal on the Far Side. #Artemis#Artemis1#Orionpic.twitter.com/bZyAK616fP

Orion came within 100 kilometers of the lunar surface, using the moon’s gravity to enter an elongated orbit. Orion needs to demonstrate that it can get in and out of lunar orbit before returning home, surviving reentry in Earth’s atmosphere, and splashing down in the Pacific Ocean on December 11.

On Camera, Unarmed Security Guard In US Tackles Man With Assault Rifle