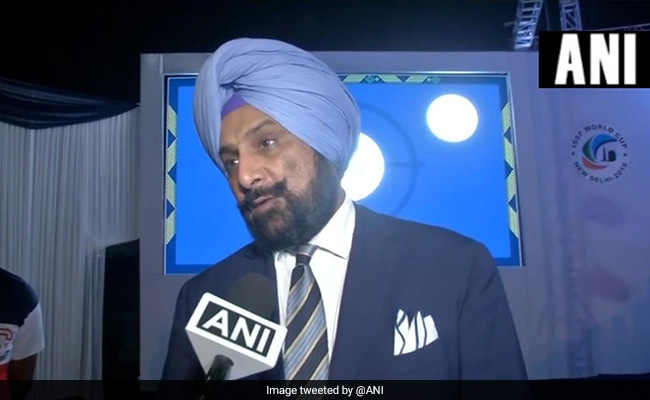 Raninder Singh said he was proud to accompany his father, Amarinder Singh, to the Raj Bhavan.

Amarinder Singh, set to resign as Punjab Chief Minister today, was ready for a “new beginning”, his son Raninder Singh tweeted today. On the microblogging site, he also mentioned accompanying his father to the Raj Bhavan in Chandigarh, to submit his resignation.

Haha indeed indeed must go now as I am proud to accompany my father to Raj Bhawan when he submits his resignation as CM of Punjab and leads us as head of our family into a new beginning et all.

Raninder Singh, a Congress politician himself, was replying to a journalist’s tweet on the National Rifle Association of India, of which Mr Singh is President.

Amarinder Singh, facing rebellion and pressure from the Congress, was preparing to resign ahead of an MLAs’ meeting called by the party. He was expected to address a press conference at 4.30 pm outside the Governor’s residence.

A furious Mr Singh is reported to have told Congress President Sonia Gandhi this morning that he had put up with “enough humiliation”. “This is happening for the third time. I can’t continue to stay in the party with this kind of humiliation,” Mr Singh reportedly said.

Mr Singh had fought the party’s order to resign, which raises the possibility of a split in the Congress just months before the Punjab election.