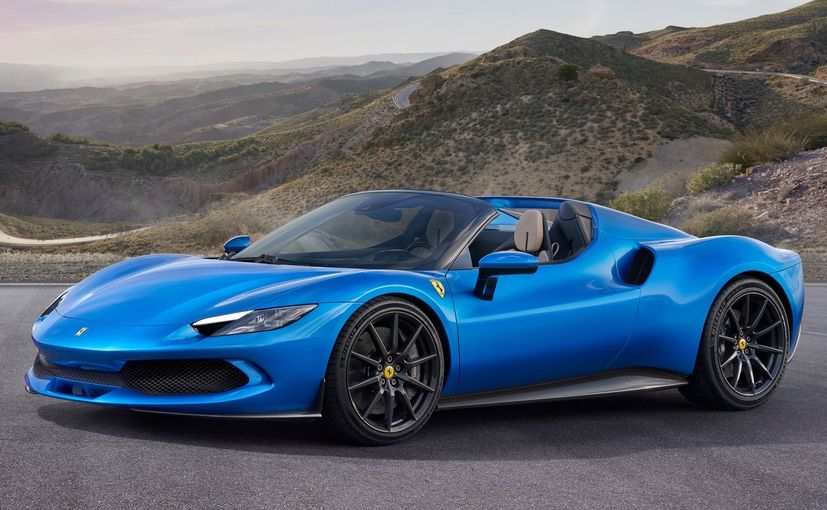 Ferrari has revealed the convertible derivative of the 296 GTB, the new 296 GTS. The 296 GTS feature a folding hardtop that the company claims can be raised or lowered in 14 seconds at speeds of up to 45kph. Ferrari has made minimal changes to the 296’s design between the Coupe and the GTS with the only notable change being to the rear deck and engine cover to make space for the folding hard-top.

Seen from the sides you notice the additional panel lines behind the rear door extending down from the buttresses that make up the cover for the folding roof. The folding roof itself splits into two sections and folds into the front half of the engine bay which has allowed Ferrari to place a window on the rear deck to keep the engine visible. 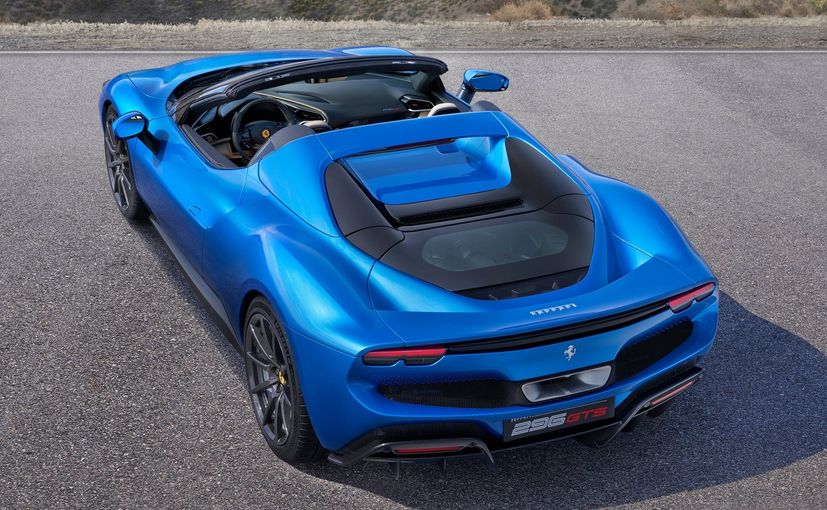 Design changes include a new rear deck and engine cover to make space for the folding hardtop.

The cabin design stays unchanged from the 296 GTB coupe.

In terms of specifications, the new 296 GTS is heavier than the standard coupe with Ferrari quoting a dry weight of 1540kg as against 1470kg. The additional weight likely comes from the addition of the folding roof mechanism and any structural changes necessitated. In terms of outright performance Ferrari claims an identical 2.9 second 0-100kph sprint time for the new GTS though it comes in at 0.3 seconds slower than the coupe in the sprint to 200kph (7.6 sec against 7.3 sec). Both though hit a top speed of over 330kph. 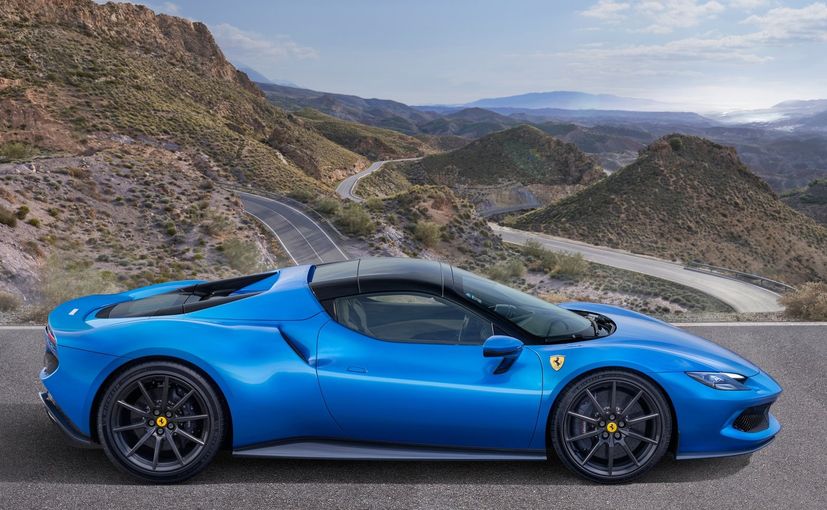 The GTS is heavier than the Coupe though Ferrari claims an identical 0-100kph sprint time.

Coming to the engine, there are no notable changes here with the new 3.0-litre V6 developing an identical 654 bhp paired with a 164bhp electric motor to pump out a combined 819 bhp and 740Nm. The GTS also gets an identical all-electric range of 25km.

The 296 GTS is set to be followed by the debut of Ferrari’s first-ever SUV, the Purosangue in the coming months.