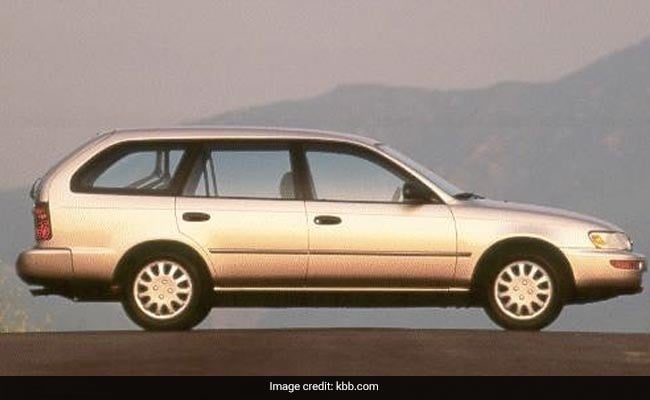 The Toyota Corolla has the original engine and transmission. (Representational Photo)

A man in New Zealand has created a record of sorts. The car he bought in 1993 – a Toyota Corolla – has clocked more than two million (20 lakh) kilometres. And surprisingly, the car is still running efficiently. According to New Zealand Herald, 72-year-old Graeme Hebley noticed the milestone mark in March and believes it will run “forever”. Mr Hebley has been working as a newspaper delivery contractor since the 1960s, the Herald report further said. He purchased the car in the year 2000 when it had only 80,000 kilometres on the odometre.

Mr Hebley drives from Wellington to New Plymouth and back six days a week. This means the car runs 5,000 kilometres every week, which requires him to get it serviced every fortnight.

The Corolla, which still has the original engine and transmission, is serviced at Guthrie’s Auto Care in Whanganui every two weeks for the last 22 years, according to New Zealand Herald.

“I broke down one morning in one of my vans. I rang John Sherman from Guthrie’s and he came out and helped me. I have been getting all of my servicing done here since,” Mr Hebley was quoted as saying by the Herald.

“It was used to deliver chippies in Tokyo before I got it,” he further said.

The only major changes in the car’s two-decade-long journey are cambelt – which has been replaced 20 times – and wheel bearings. Besides these parts, the car is original, the outlet further said.

Mr Sherman, who services the car regularly, credits Mr Hebley for taking good care of the vehicle allowing it to reach the milestone. Before this Corolla, the highest amount of kilometres Mr Sherman had seen on a car was around the 700,000 mark.

Mr Hebley, meanwhile, said he hasn’t got sick of driving yet. “The car might outlast me at this point,” he added.