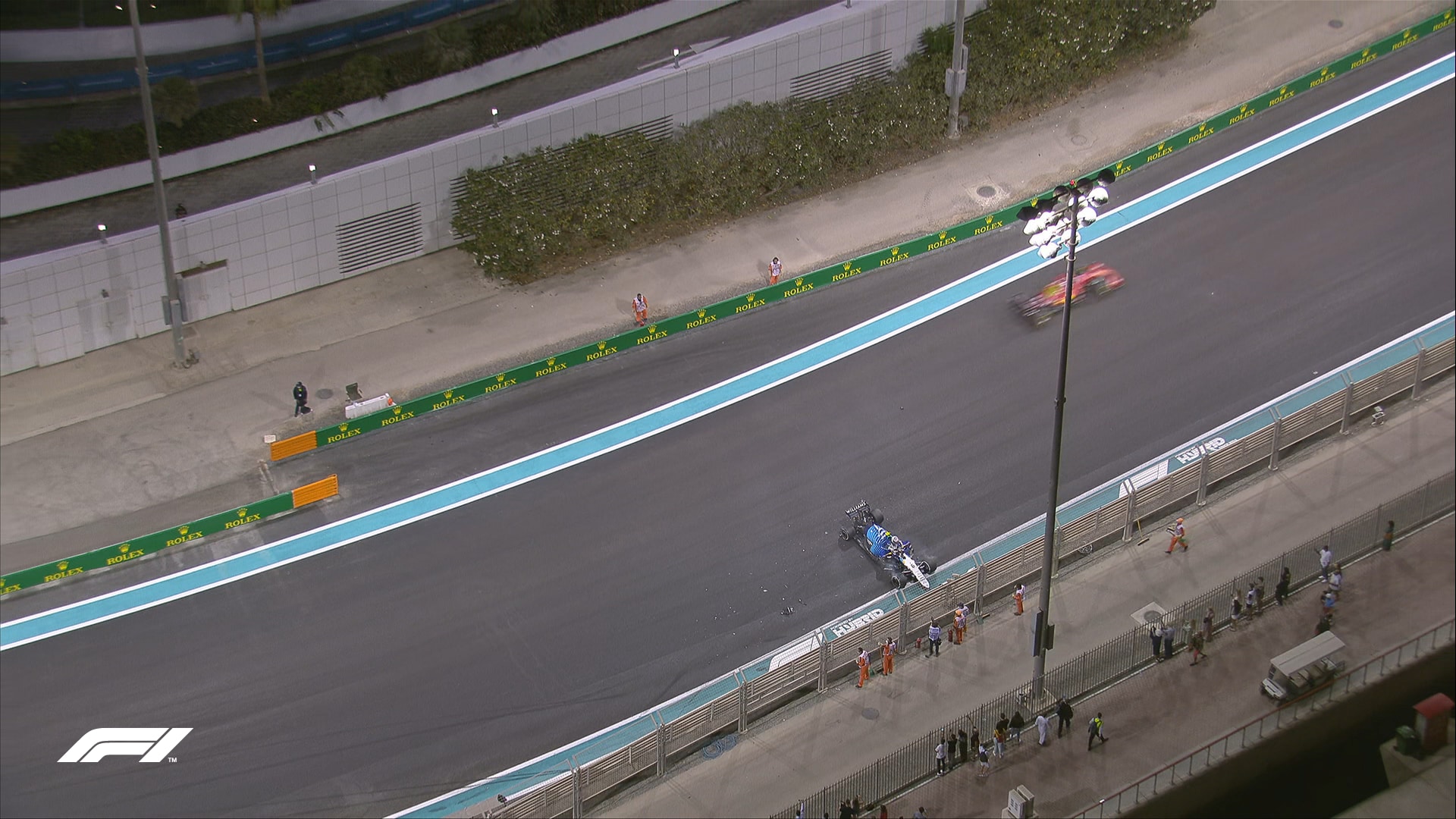 Red Bulls Christian Horner and Verstappen both admitted had it not been for Latifis crash the race win wouldnt have come their way.

Despite his crash, Latifi helped secure P8 for Williams in the world constructors battle

Williams driver Nicholas Latifi has come out and apologised for accidentally influencing the F1 title finale after his car crashed at turn 15 in Abu Dhabi 5 laps before the end of the race. Lewis Hamilton was coasting to a record-breaking 8th title when Latifi’s crash triggered the safety car that resulted in the mayhem in the last lap of the race. Verstappen overtook Hamilton in the last lap of the race after pitting for fresh soft tyres.

He also found himself right behind Hamilton who had an 11-second gap before the crash destroyed his gap. There was confusion over if the race would end behind the safety car which allowed Verstappen to pit for soft tyres as he had nothing to lose, while Hamilton would’ve had to relinquish track position and was in danger of pitting and ending up behind Verstappen.

“We were just really struggling for grip through the next sequence of corners, and especially where I ended up going off. It’s been a tricky corner all weekend for me, so dirty tyres, dirty air and I made a mistake,” said the Canadian driver whose crash was pivotal for Verstappen clinching the title.

“I wasn’t aware of the situation of the race up until then. Obviously, it was never my intention to inadvertently influence that, but I made a mistake and ruined my own race,” he added.

Many people have even drawn comparisons to Hamilton’s first world title win in 2008 where he overtook Toyota’s Timo Glock who was struggling in the wet with his dry tyres. The overtake at the last few corners of the race resulted in Hamilton beating Ferrari’s Felipe Massa to the world title. Massa never won a world title by the end of his career.