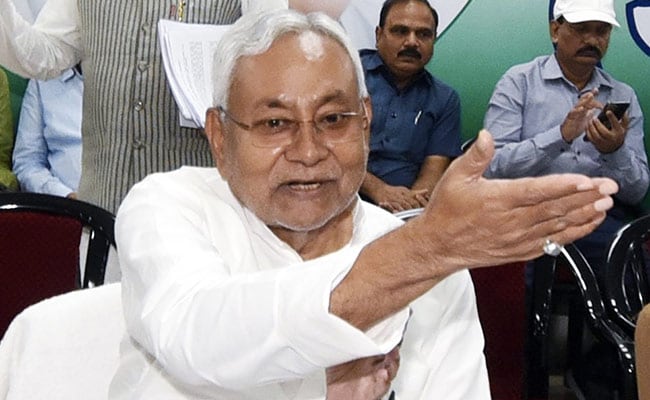 Bihar’s by-election for the Kurhani assembly seat has not gone in favour of Chief Minister Nitish Kumar and his seven-party Grand Alliance. The victor was the BJP’s Kedar Gupta, who has beaten Janata Dal United’s Manoj Kushwaha by 3,662 votes. The test of strength was the first since Mr Kumar ended his alliance with the BJP and was seen as a referendum of sorts on the new Mahagathbandhan in Bihar.

This was the third time Mr Kumar lost from the Kudhani assembly seat. Much of it was a matter of luck and timing.

In 2015, when Mr Kumar led the first version of the Grand Alliance, Kedar Gupta won, but as a BJP candidate. In 2020, when Mr Kumar was part of NDA and Kedar Gupta contested as an NDA candidate, he lost to Rashtriya Janata Dal’s Anil Sahni by 712 votes.

Bypolls in the Kurhani assembly segment became necessary after RJD MLA Anil Kumar Sahani was disqualified after receiving a jail term in a corruption case.

The victory will be a feather in the BJP’s cap, achieved with a decent margin against a seven-party alliance, and it is expected to empower the detractors of the Chief Minister.

Most of the leaders of Mr Kumar’s Janata Dal United consider the image of their candidate, Manoj Kushwaha, as a reason for the defeat. Mr Kushwaha has apparently irked many through his interference, especially at the local level.

But the real reason, one which even Mr Kumar’s staunch supporters concede off the record, is the liquor ban imposed by the Chief Minister. Under the law, imposed in April 2016, not only branded alcohol, but also toddy has been banned.

This, leaders say, is politically suicidal, since it has adversely affected the employment of lakhs of people from the Dalit community in the entire state. The police action in cases of violations of toddy ban, there was a lot of resentment among the local people.

The alliance, thus, suffered in the Kurhani constituency, which has about 18 percentage of Dalits. Leaders of the JD(U) are now hoping that the result of this election will force a rethink on the liquor law in the state.

Mr Kumar, though has staunchly backed the prohibition, which had brought him strong support from the women of the state. In October 2016, when the Patna High Court set aside the liquor ban, the Nitish Kumar government brought in the controversial Bihar Prohibition and Excise Act, 2016 – a new law which critics called draconian because of its strict penalties.