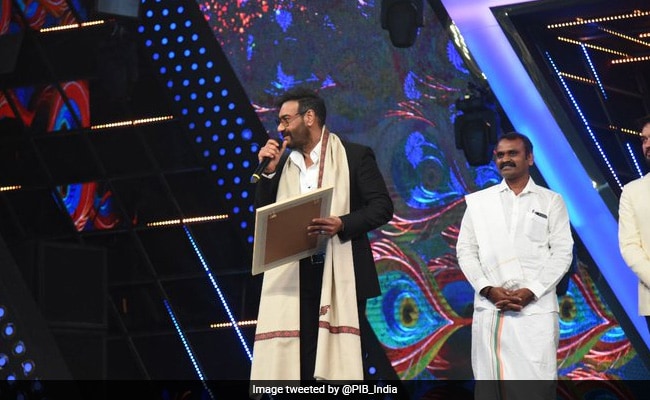 Actor Ajay Devgn today said that no one can give any advice to anybody, and urged people to believe in themselves. “Follow yourself, and believe in yourself, that is the most important thing,” Mr Devgn said at the 53rd edition of the International Film Festival of India (IFFI).

The event was held in Goa today and saw several members of the film industry being felicitated. Ajay Devgn, Paresh Rawal, Suniel Shetty, Manoj Bajpayee, and veteran writer Vijayendra Prasad were among those who received special honours at the opening ceremony of IFFI.

While being honoured at the film festival, Mr Devgn said, ” I love making films. Be it acting or producing or directing, I love each and every aspect of films. Thank you all for all the love.”

He also urged everyone to believe in themselves as no one can give any advice to anybody.

No one can give any advice to anybody, says @ajaydevgn at #IFFI53 opening

“Follow yourself, and believe in yourself, that is the most important thing”

Do you hear that, tweeple?

Yes, let us believe in ourselves, and in films too!

The 53rd edition of the nine-day festival was inaugurated by Information and Broadcasting Minister Anurag Thakur.