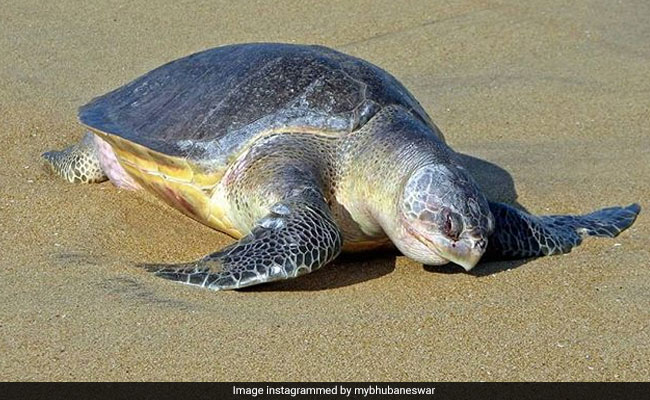 The number of deaths of Olive Ridley sea turtles along the Odisha coast has come down this year as the state forest department has taken various measures for the protection of the endangered marine species and their habitats, an official said.

Around 2,575 carcasses of Olive Ridleys have been counted in the current year so far, while 6,320 fatalities were reported in the 2019-20 nesting season.

“The decline in the number of turtle deaths is encouraging as the forest department has been taking measures to protect the marine species,” the official said.

However, the Orissa High Court has recently directed the state government to enforce a prohibition on fishing activities by trawlers near the mouth of Devi river and along the coast to protect the marine species.

Based on a report submitted by a committee, the court observed that there is “incidental killing of turtles due to suffocation in fishing nets or by injuries inflicted by the propellers of the trawlers”.

The Olive Ridley turtles turn up in millions for mass nesting along the Odisha coast every year.

Gahirmatha beach in Kendrapara district is acclaimed as the world’s largest-known nesting site for the endangered marine species.

Apart from Gahirmatha, turtles turn up at the mouths of Rushikulya and Devi river for mass nesting.

Around 7.30 lakh olive ridley turtles had turned up for their annual sojourn of mass nesting in the 2019-20 season.