Brent has gained nearly 8% in the last seven trading days

Oil prices rose on Thursday, buffeted by concerns about tightened supply as the European Union (EU) mulls a potential ban on Russian oil imports that would further restrict worldwide oil trade. Brent crude futures settled up $1.53 to close at $108.33 a barrel, after earlier reaching a high of $109.80. U.S. West Texas Intermediate (WTI) crude futures ended up $1.60, or 1.6%, to $103.79, after earlier reaching a high of $105.42. Buyers also reacted to ongoing interruptions in Libya, which is losing more than 550,000 barrels per day of oil output due to blockades at major fields and export terminals.

Brent has gained nearly 8% in the last seven trading days, but the rally has come at a slow, grinding pace, unlike the frenzy that accompanied moves in late February when Russia invaded Ukraine and in mid-March as well.

“It’s not as easy a trade as it was a couple of weeks ago,” said Phil Flynn, senior analyst at Price Futures Group. “You have to risk more, and that may be by design with these hedge funds and algo funds trading more.”

The market sold off somewhat after U.S. Treasury Secretary Janet Yellen said on Thursday that the EU needs to be careful about a complete ban on imports of Russian energy because it would likely cause oil prices to spike. 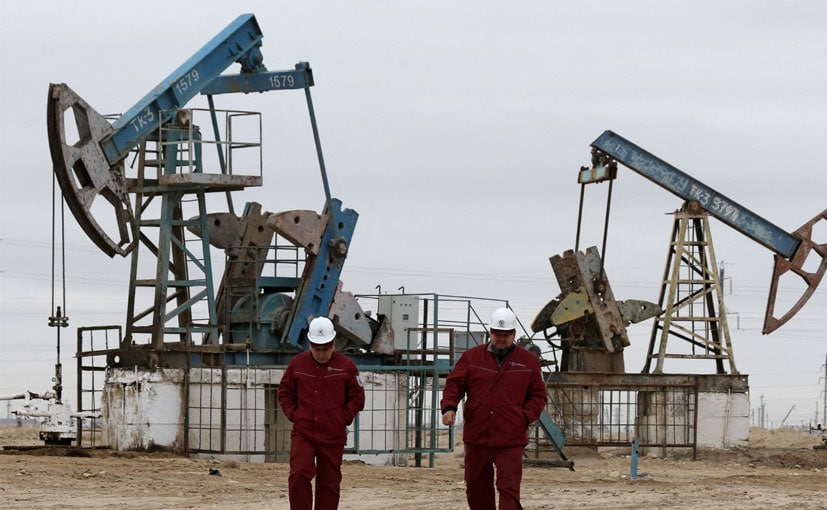 U.S. crude exports rose to more than 4 million barrels a day last week, partially offsetting the losses of Russian crude hit by sanctions from the United States and European nations

The EU is still weighing such a ban over Russia’s invasion of Ukraine, which Moscow calls a “special military operation” to demilitarise its neighbour.

Flynn said the market is weighing the possibility that, down the road, slowed growth or additional supply could undermine the bullish case for oil. In the meantime, however, the market remains tight. U.S. stocks of distillate fuels are near 14-year lows, the U.S. Energy Department said on Wednesday.

U.S. crude exports rose to more than 4 million barrels a day last week, partially offsetting the losses of Russian crude hit by sanctions from the United States and European nations.

The oil market remains tight with the Organization of the Petroleum Exporting Countries and allies led by Russia, together called OPEC+, struggling to meet their production targets and with U.S. crude stockpiles down sharply in the week ended April 15. [EIA/S]

“With only two countries in the OPEC+ alliance holding significant spare capacity, Saudi Arabia and the UAE, the group is sticking to a cautious approach in unwinding pandemic-related production cuts,” UBS said in a note.

The demand outlook in China continues to weigh on the market, as the world’s biggest oil importer slowly eases strict COVID-19 curbs that have hit manufacturing activity and global supply chains.