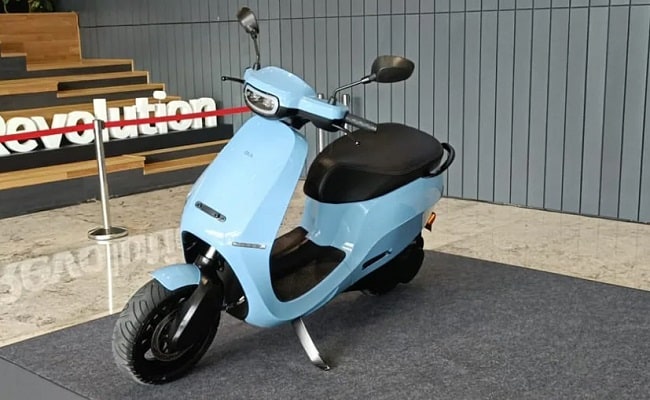 In its statement Ola said that the rider was speeding at the time of the accident and lost control due to panic braking.

In a recent incident, an Ola Electric S1 Pro rider was left hospitalised following what was a claimed fault in the regenerative braking system which saw the scooter accelerate rather than decelerate when approaching a speed breaker. The incident was shared by the scooter owner, Balwant Singh, on Twitter whose son was involved in the accident. As per the tweets, his son ended up with fractures in his left hand and 16 stitches in his right hand. This incident first came to light on April 15 with Singh claiming that the scooter had accelerated in place of braking at a speed breaker and had subsequently gone airborne, crashed and skidded which had led to his son’s injuries. The accident occurred on March 26.

@bhash @OlaElectric I had purchased new Ola S1 Pro. On 26th March 2022 my son had an accident due to fault in regenerative breaking where on speed breaker instead of slowing, the scooter accelerated sending so much torque that he had an accident (1/n) pic.twitter.com/ghVXSwqJ3T

Ola Electric has now issued a statement saying that its scooter was not at fault in the incident as per its investigations.

In a statement the company said, “We did a thorough investigation of the accident, and the data clearly shows that the rider was overspeeding throughout the night and that he braked in panic, thereby losing control of the vehicle. There is nothing wrong with the vehicle.”

Showing graphical data of the last roughly 30 minutes of the accident ride recorded by the scooter, the company said that the rider had been overspeeding hitting speeds of up to 115 kmph.

Our statement on the Guwahati scooter accident pic.twitter.com/LbwDLXNh3P

In recent months there have been a number of complaints and incidents on social media and in the news in regard to Ola’s electric scooter. Some of the claims and allegations about the Ola S1 electric scooter range include performance and quality issues, from the recent fire in Pune, to inconsistent panel gaps to issues with the motor including where it was either stuck or shifted into reverse without warning.