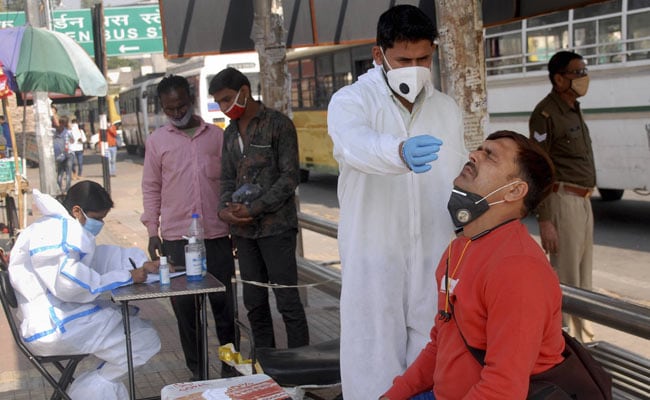 Delhi reported more than 500 coronavirus cases in a day for the first time since January 1 on Wednesday, along with three deaths, amid a surge in COVID-19 infections in some parts of the country described by Prime Minister Narendra Modi as an “emerging second peak”.

The number of new cases in the capital in the last 24 hours stood at 536, taking the total to over 6.45 lakh. The number of active cases – the difference between those infected and those who have recovered – rose to 2,702 from 2,488 a day ago, according to a government health bulletin.

PM Modi said quick action was needed to contain the surge, as the country’s infections tally hit 1.14 crore, the third behind the United States and Brazil.

“We need to soon stop the emerging second peak of corona,” he said in a virtual meeting with Chief Ministers on Wednesday, urging them to increase testing and strictly monitor mask-wearing. “We need to take quick, decisive steps.”

“In recent weeks, some 70 districts have witnessed a more than 150 per cent increase in the number of cases and if we do not stop the pandemic right now, it could lead to a nationwide outbreak,” he said.

Coronavirus Infections fell to below 9,000 new cases in early February, but have steadily increased since then, reaching 28,903 on Wednesday, the highest increase since December 13. Deaths increased by 188, the highest in two months, to stand at 1,59,044.

PM Modi said states needed to proactively ensure infections did not increase in the countryside, where healthcare facilities would fall short. Rural India is home to two-thirds of the country’s 135 crore people.

The central government has blamed crowding and a reluctance to wear masks for the spike, ruling out the virus mutations that have been a factor in Western countries.

The recent increase has been led by Maharashtra, home to the country’s commercial capital of Mumbai.

Nearly 62 per cent of infections in the past 24 hours and 46 per cent of the deaths were reported by Maharashtra, which has ordered a lockdown in some districts and put curbs on cinemas, hotels and restaurants until the end of the month.

(With inputs from agencies)