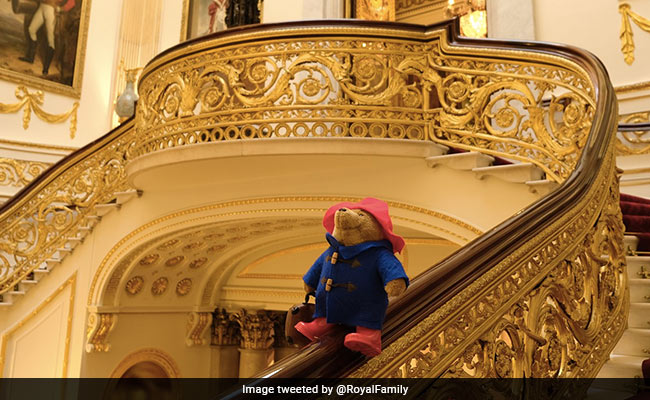 Paddington Bears have been photographed at royal residences.

Paddington Bears have been photographed around the UK royal residences ahead of Queen Consort Camilla donating more than 1,000 teddies to the Barnardo’s children’s charity. In a Twitter post, The Royal Family shared a series of images of the Paddingtons enjoying their stay at Buckingham Palace and Clarence House.

“We’ve had a lovely stay at Clarence House and Buckingham Palace (doing our best to keep out of mischief…) Looking forward to arriving at our new homes next week!” the caption of the post read.

Take a look at the pictures below:

Looking forward to arriving at our new homes next week!

In a separate post, The Royal Family also shared a video documenting the bears’ journey on Friday. In the clip, one shot showed a bear sliding down the bannister of an ornate staircase. Another showed a bear picking out a Paddington book from a shelf full of books.

Next week, The Queen Consort will attend a special teddy bears picnic at a @Barnardos Nursery to deliver Paddington Bears and other cuddly toys that were left as tributes to Queen Elizabeth at Royal Residences and @TheRoyalParks.

Take a look at their journey so far: pic.twitter.com/4Pwt7YL5yb

According to The Independent, Queen Consort Camilla will be attending a special teddy bears’ picnic at Bow Nursery in east London on Thursday. At the event, she will deliver the Paddingtons and other toys that were left at the royal residences as tributes to Queen Elizabeth II following her death in September.

Camilla will be joined by children supported by Bow Nursery and Barnardo’s staff for marmalade sandwiches at the picnic. Paddington film cast members Hugh Bonneville and Madeleine Harris, and Paddington author Michael Bond’s daughter Karen Jankel for whom the original series was written, will also attend the event.

Notably, the Paddington bears had been left by members of the public outside Buckingham Palace and Windsor Castle. The toys were then collected and cleaned ahead of being delivered to Barnardo’s children’s services in the coming week.