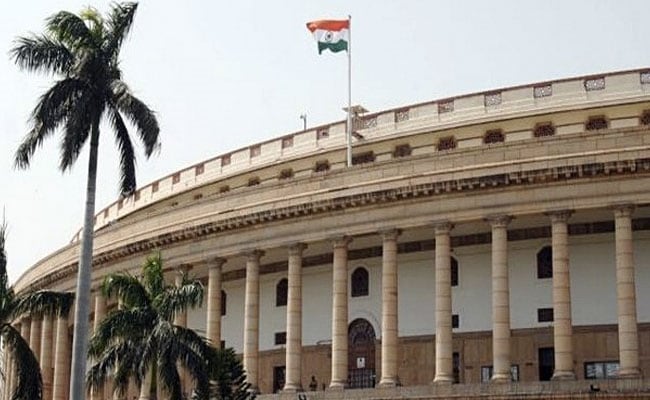 The Parliament has been witnessing Opposition protests (File)

Chaos ensued in the Rajya Sabha as the Winter Session resumed today. The BJP members demanded an apology from Congress chief Mallikarjun Kharge over his remarks against the ruling party, leading to a war of words. The Parliament has been witnessing Opposition protests over the latest India-China clashes in Arunachal Pradesh. The Opposition parties walked out of the Rajya Sabha yesterday, yet again, after their demands for a debate on Chinese incursion on the borders were rejected.

Here are the Live Updates from Parliament Winter Session:

Get NDTV UpdatesTurn on notifications to receive alerts as this story develops.

“If I repeat myself here, it will be very difficult for these people because those who apologised during freedom (struggle) are asking those who fought for freedom to apologise. It was said that Congress is conducting ‘Bharat todo yatra’ – this criticism was done by them. Then I said the Congress has always worked on ‘Bharat jodo’. For this, Indira (Gandhi), Rajiv Gandhi gave their lives, what have you done, who amongst you have given their lives for the country?” – Mallikarjun Kharge

Winter Session Live: M Kharge Says He Stands Firm On His Remarks On BJP
Mallikarjun Kharge tells the Parliament whatever he said was outside the House. He said he stands firm on his remarks that the BJP had no role in the freedom struggle.

“135 crore people of the country are watching. It could be that someone said something out of excitement. You are not children,” said Rajya Sabha chairman (Vice President) Jagdeep Dhankhar.

“Those who fought for the country’s freedom, are you asking them to apologise? Indira (Gandhi) ji and Rajiv (Gandhi) ji gave their lives for the unity of this country,” said Mallikarjun Kharge.

Winter Session: Chaos In Rajya Sabha As Congress Chief Speaks
Chaos ensued in the Rajya Sabha as Congress chief Mallikarjun Kharge was speaking. Union Minister Piyush Goyal attacked Mr Kharge over his remarks on the BJP amid hues and cries. The BJP is demanding an apology from Mr Kharge.